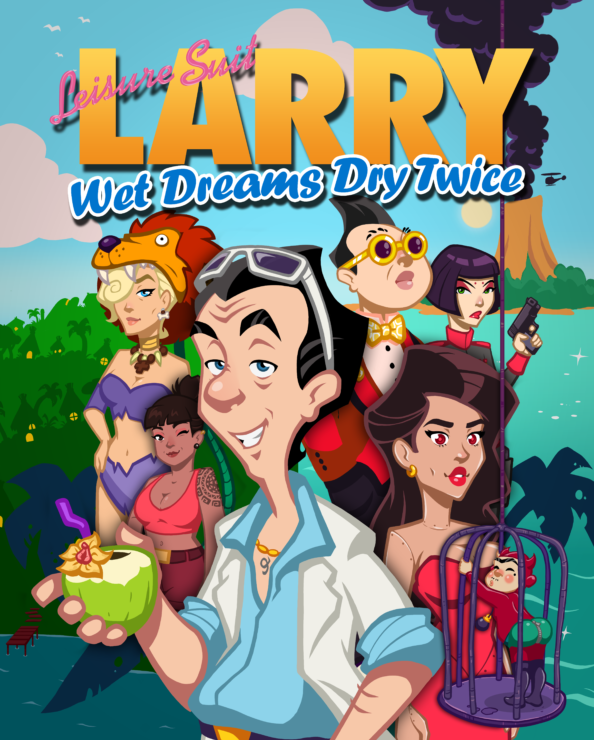 If you thought you haven't gotten enough Larry in your life, the team at Crazybunch is pleased to announce a new adventure in the Leisure Suit Larry series: Wet Dreams Dry Twice. With Larry's grand adventures in pursuit of love and whatever else happens along the way, this point-and-click series is about the most fun you can have playing a game one-handed.

Now, Leisure Suit Larry - Wet Dreams Dry Twice, if it's anything like its contemporaries, is laced with innuendos and teases but nothing actually happens on-screen (in the modern reboots, at least). After all, it's the never-ending quest for love that keeps this thirsty lecher in action across nearly a dozen games now. Despite all of the adult euphemisms, Leisure Suit Larry plays like a modern version of the King's Quest series of old, bringing obscure point-and-click puzzles together with the libido of a silver fox.

“Bringing Larry Laffer back to his adoring fans has been a labor of love and something that we’ve not taken lightly,” said Assemble Entertainment CEO Stefan Marcinek. “Crazybunch did an excellent job repositioning Larry in the modern age while retaining the mostly-SFW humor that’s loved and expected in the series. We can’t wait to see what fans think of Larry’s new soaking wet adventure!”

Leisure Suit Larry - Wet Dreams Dry Twice will be available across both PC as well as Mac via GOG and Steam storefronts on October 15th at $34.99. A console release for Wet Dreams Dry Twice has not been confirmed yet, although Larry Laffer's previous adventure did eventually make its way to PlayStation 4 and Xbox One last year.