Beyond Good and Evil 2 Confirmed to Require an Internet Connection 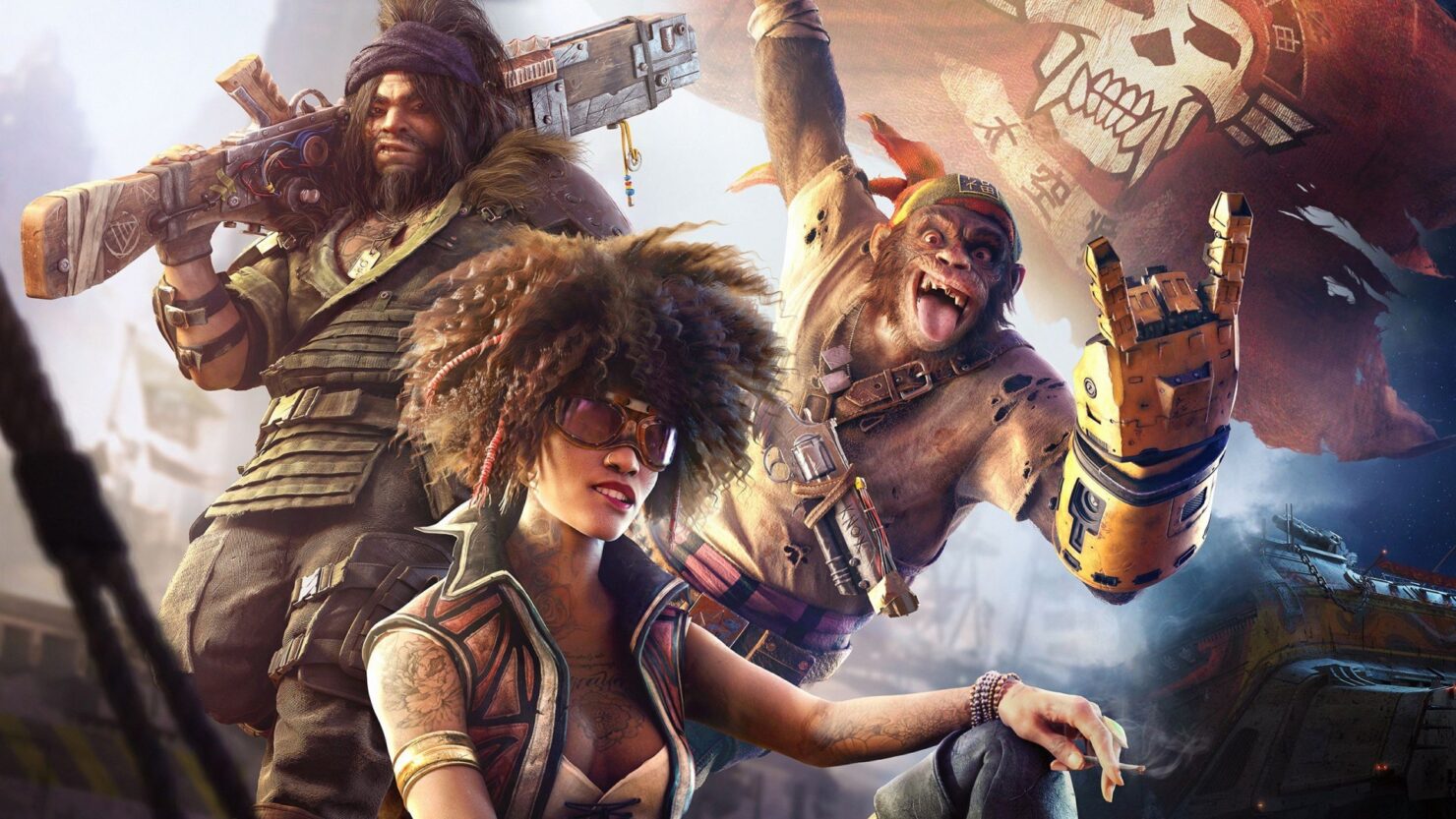 Beyond Good and Evil 2, the upcoming 'space opera' prequel in development at Ubisoft Montpellier, will require an Internet connection to be played. The developers confirmed this particular tidbit in a brief Q&A report posted on the official website after the latest livestream.

Right now there's no release date in sight for Beyond Good and Evil 2, which tells us that in all likelihood we won't be able to play it before 2020. No platforms have been announced either, though PC is sure to be among the list. The question is whether Ubisoft will want to target only next-generation hardware or they'd rather make Beyond Good and Evil 2 a cross-generation game.

When is Beyond Good and Evil 2 coming out? (from… everyone!)

The most common question we receive… and still one that we're not yet ready to answer. We really hope, though, that through the Space Monkey Program and our dev updates - videos, articles, livestreams, demos, etc. - we've been able to show you that the BGE2 team is hard at work developing Ubisoft's greatest space opera game ever! Additionally, involving the community is also key to us. We value your feedback on everything we share, and your creations could even appear in the game, thanks to the hard work of the people at HitRecord (more on how to participate here, if you are interested!).

Will we be getting a list of hybrid animal species? (from Limetail on Discord)

We have shared a lot of our in-progress research, particularly during Space Monkey Report #4. We're still working on the final list, but you can be sure that monkeys and pigs (displayed in our two trailers) will be in the final game. Other hybrids appearing more briefly in our trailers will also make it to the final game. 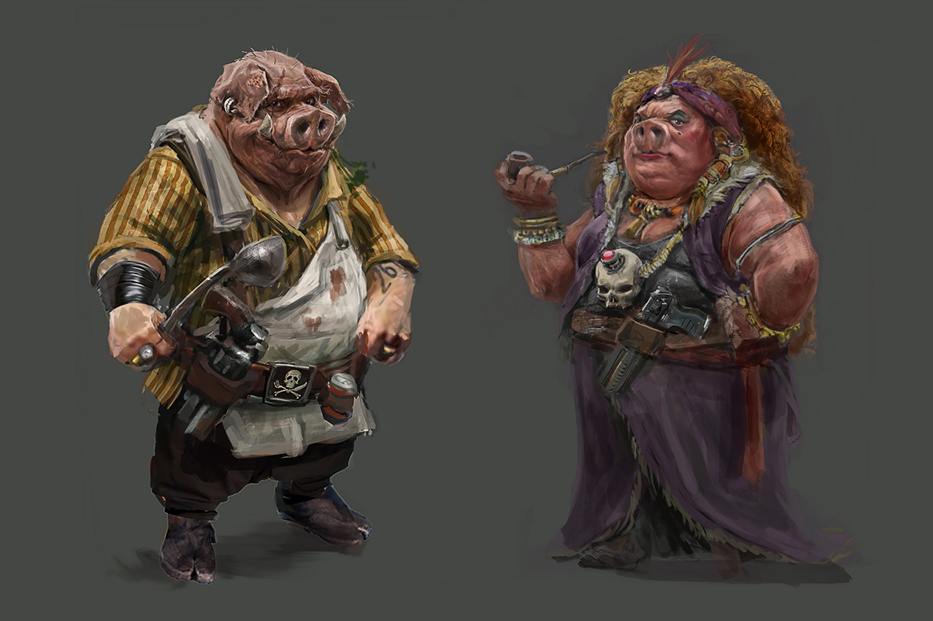 What other cultures do you plan on including in the game? (from Limetail on Discord)

Indian and Chinese cultures will have major roles in the game, but looking at the Legendary Characters shown in our trailers could help you guess what other cultures we want to explore in the final game…

Will there be underground cultures (such as street racing or niche music scenes) as well as nightlife in the cities? (Folezicle, Discord)

The answer is yes: we will explore underground cultures in the game. The largest will be the one carried by Space Pirates, but also by Hybrids, who have their own beliefs and myths.

Will there be underwater or subterranean exploration/mission areas? (ShastaSummit, Twitter)

It will definitely be possible to fly in underground galleries on the planets of System 3, especially when exploring the giant mines where Hybrid slaves work.

Will our race or human/hybrid status change our interactions with NPCs? (ketouki, Twitter)

Yes, we want the World around you to react to your visual identity. Depending on whether you play as a human or as a hybrid Space Pirate Captain, you will not be welcomed the same way in different places.

Do clones age? The Wiki needs this vital information! (Twitch)

Yes, clones do age. Uma, in our second trailer, is a prime example of a clone who aged. But keep in mind that clones may age in ways that are specific to them… 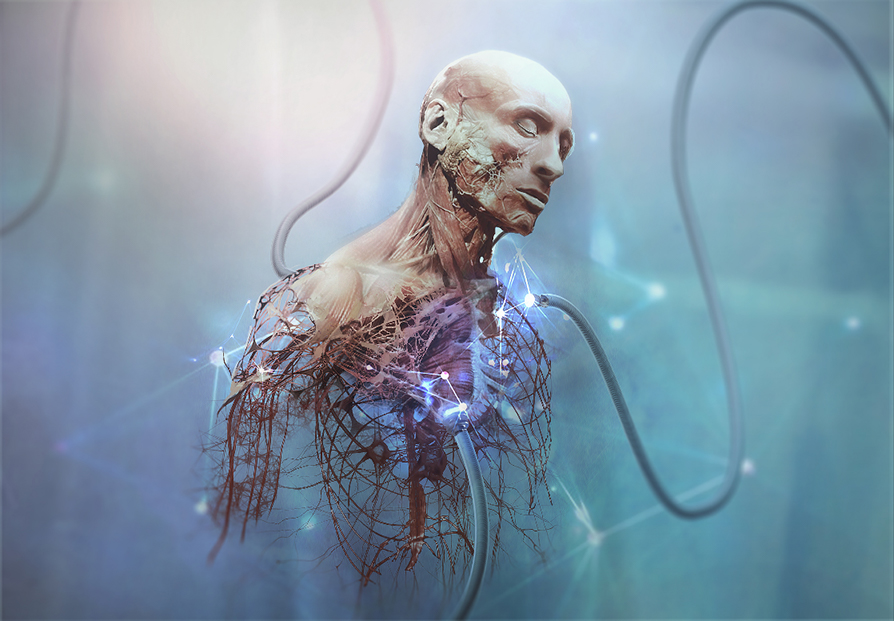 How does cloning work in this world and is the entire population made of clones? Are people still infertile during at the time BGE2 takes place? (Caracal, Discord)

Clones cannot give birth. Human beings purposely created them with this limitation. Since clones were the only ones to ever reach System 3, the whole population of this planetary system is made of clones who were created in cloning centers.

Are the DomZ going to be in the game? (Escope12, Discord)

It's a little too soon to talk about that, but we can definitely confirm that the Alpha Sections will be back in BGE2. Keep in mind that, since this is a prequel, we want to explore the origins of many elements from the first game (as many as possible, actually).

Will we always need an internet connection even if we're playing BGE2 solo? (o_gilgamesh, Twitter)

Beyond Good and Evil 2 is an online, multiplayer game with a rich co-op and seamless experience. As such, the game will only be playable with an internet connection in order to have seamless navigation, receive dynamic updates, and play with friends (which is certainly better when you're playing as a Space Pirate!). The choice to play co-op, however, remains yours to make, so playing BGE2 solo is absolutely possible if you're into that lone Space Pirate kinda thing...

From Emile and Gab's speech before the demo, it seems like there's a lot of lore in the game, so how does this fit with the multiplayer aspect of the game? Would you say this is a very story-driven multiplayer game? (@joanes12, Twitter)

We want our game to have a very deep and detailed world. As a player, you can expect to be fully immersed in this world, and the more you'll explore it the more you'll understand how it works. Narration will be a constant, carried by this rich world and the creatures who populate it. Playing the game solo or with friends will expose you in the same way to this world and all its narrative elements.

Is there a limit to the distance between players in coop (how far can they go apart)? (Twitch)

Technically, there's absolutely no limit to the distance between different players in the game, and that was made possible thanks to our engine, Voyager.