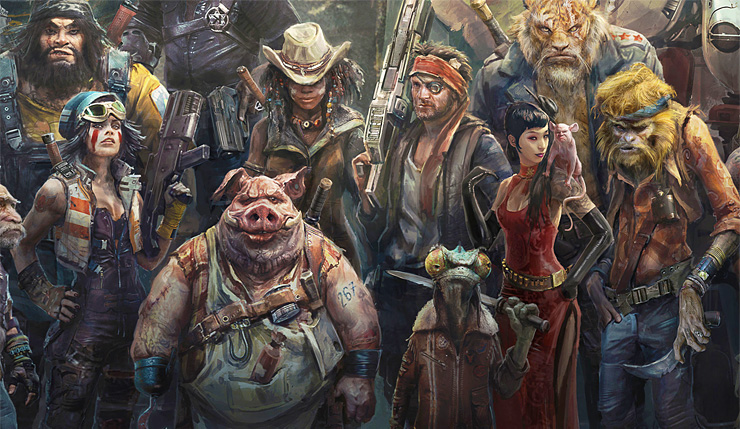 Last week Rayman creator Michel Ancel shocked the gaming world when he announced he was retiring from Ubisoft and the video game industry as a whole, despite his most recent game, Beyond Good and Evil 2, still being in the midst of development. It felt like we weren’t quite getting the whole story, and now it seems that other shoe has dropped.

French newspaper Libération, which brought to light many of the recent details about Ubisoft workplace misconduct, reports that Beyond Good and Evil 2 development is in disarray, with no real concrete progress being made over the course of seven years of development. According to the anonymous Ubisoft employees interviewed by Libération, the blame for this largely lies with Michel Ancel, who is described as a control freak with a penchant for sudden changes of heart that would result in large quantities of work being scrapped. According to one BG&E2 developer, Ancel did little to soften the blow when he decided changes needed to be made (thanks to ICO Partners’ Thomas Bidaux for the translation).

Michel needs the ideas to be his. He often prefers to improvise something of his own rather than listen to the team and look at the structured work we've done at his request. […] He's able to explain to you that you're a genius, that your idea is great, and then disassemble you in meetings by saying you're a piece of shit, that your work is worthless, and not talk to you for a month.

As many expected, the impressive Beyond Good and Evil 2 trailers shown in 2017 and 2018 were simply concepts, “made by hand, in a rush” with little relation to what the game might eventually be. According to one former BG&E2 dev, the “stupid level of detail” featured in them would never be able to be replicated in the actual game given its ambitious multi-planet, open-world concept.

Ancel’s constant demand for changes and abrasive management style reportedly lead to widespread “depression, burnout, and requests for transfers” amongst the team. In 2017 former Splinter Cell and Ghost Recon veteran Jean-Marc Geffroy was brought on board to get BG&E2 on track, leading to clashes with Ancel. In recent years, Ancel had largely withdrawn from the project, only checking in periodically while he focused on his independent game, Wild. Unfortunately, the new leaders brought in to head up BG&E2 were apparently no less toxic.

To try to alleviate the Ancel problem, they sent us some big names, others of these "talents" with oversized egos and execrable behaviors caught up in a barely concealed superhero syndrome, all convinced that it would be them and them alone who would save BG&E2.

What ultimately drove Michel Ancel to retire from the gaming industry is unknown, but according to Libération, he is under internal Ubisoft investigation following complaints. Nevertheless, his announcement did take most on the team by surprise. Beyond Good and Evil 2 will apparently move ahead and is currently staffing up. Ancel’s only remaining influence over the project is said to be a single piece of paper featuring eight bullet points outlining the game’s basic vision.

Update: Ubisoft issued the following statement to Kotaku, confirming that Ancel is the subject of an ongoing investigation.

[Ubisoft CEO] Yves Guillemot committed back in July that any allegation will be investigated and no one will be outside of that process–and this would include Michel Ancel. And as Michel confirmed to the journalist at “Liberation,” he is under investigation. The investigation is still ongoing and we have nothing further to share as we respect the confidentiality of this investigation

Michel Ancel has also taken to Instagram to decry the Libération story as "fake news." You can read his full statement below (with some light editing to correct typos).

Fake News. Take few people with rage and jealousy and let them speak in the name of hundreds. Publish the news fast so that it combines with sexual harassment from other news at Ubi soft. [Is] this serious? Is this what you expect from a national newspaper[?] I will fight for the truth, because such accusations are a shame. I worked hard on every of my projects and always had respect for the teams. The accusations are wrong.

The news from liberation contains fake Information revealed by few people who wants to destroy me and the projects. This can’t be done without me fighting every single line of that news. I’ve offered the journalist the opportunity to take enough time to look at all the mistakes. Let’s see what he will do.

It seems Ancel is determined to fight back against these allegations -- we'll keep you updated on any further developments. What do you think? Still interested in Beyond Good and Evil 2? Or is the writing on the wall?