Beyond a Steel Sky is Getting an Xbox One, PS4, and Switch Release Later This Year 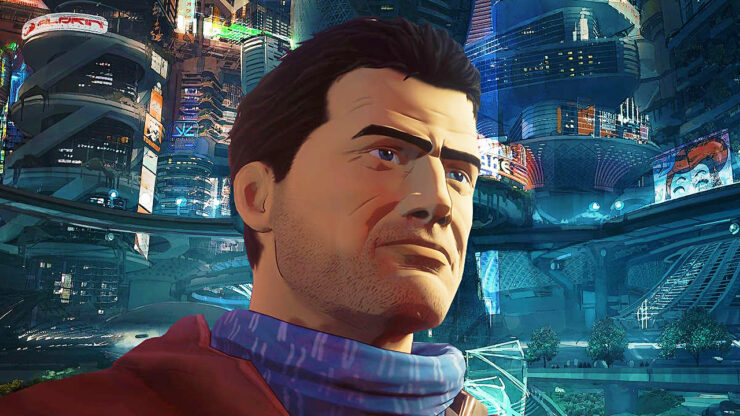 Last year, Revolution Software released Beyond a Steel Sky to solid critical acclaim, but not a whole lot of attention from fans. Most of those who did play Beyond found it to be a satisfying follow-up to 1994’s classic Beneath a Steel Sky, but like the majority of games that launch on Apple Arcade, the game flew under most people’s radar. Well, thankfully, the game will be getting a new lease on life later this year on consoles! For those who haven’t been keeping up with Beyond a Steel Sky, here’s a quick story trailer.

And here’s the game’s official description:

You are Robert Foster. A child has been abducted in a brutal attack. You have vowed to bring him home. The trail has led you to Union City, one of the last remaining mega-cities in a world ravaged by shattering wars, and political meltdown. Union City is a utopia, its people loving life under the control of an altruistic artificial intelligence -- ever-attentive androids, designer living, piazzas and bars. What’s not to love? But this City has a dark underbelly.

Beyond a Steel Sky is a dramatic, humorous, cyberpunk thriller in which engaging puzzles drive a fast-paced narrative set in a dynamic game world that responds to – and is subverted by – the player’s actions.

Beyond a Steel Sky is a classic adventure game. It's obtuse, complex, frustrating, but once you've gotten past that difficult puzzle, endlessly satisfying. Whether or not this will satisfy fans of the 1994 original remains to be seen, but this is the best adventure on Apple Arcade, and has a lot to offers fans of Telltale Games and other adventure classics.

Beyond a Steel Sky is available now on PC and Apple Arcade. The game will be available in both digital and physical form on Xbox One, PS4, and Nintendo Switch in the latter half of this year.