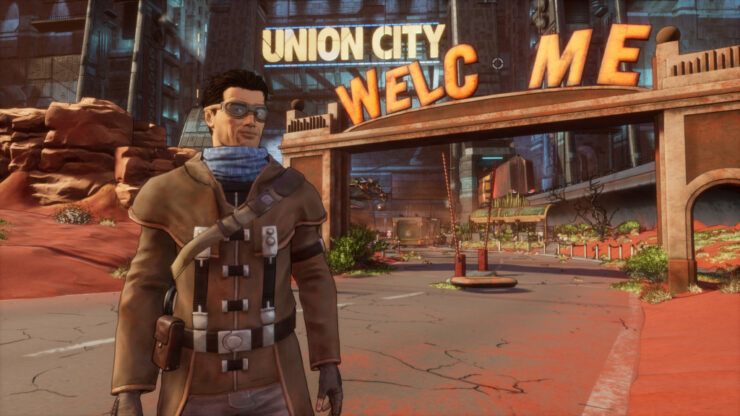 Beyond a Steel Sky is the game that adventure game fans have been dreaming of for decades. It has been a long time since Beneath a Steel Sky launched in 1994, and the fans that played it remember it more fondly than almost any game that has come since. Good writing never ages, and that's exactly why players want Beyond a Steel Sky so badly. The grand return to Union City, the story of Foster and Joey, and the universe that players left behind years before, reimagined in Unreal Engine 4 with modern-day production quality. That is the dream. Following the Gamescom 2019 preview, we were recently able to go hands-on with the game at last.

The impetus behind Foster's new journey across the Gap and to Union City is the abduction of Milo, a young child that was taken by menacing androids racing across the Gap in a vehicle on four legs. Foster's search first takes him to just outside the enormous and imposing Union City walls, trying to find a way inside - but of course, Beyond a Steel Sky is an adventure game, and it is deliberately attempting to emulate adventure games of the 90s. As such, you'll be getting inside but it won't be the direct route.

You'll be navigating a small web of options, inventory items, dialogue choices, and much more. Just outside of the walls you'll find two small children from the Gap, a young engineer, a diagnostician from the city, and a truck driver whose truck full of sausages has broken down and is attracting ravenous Gang-gang birds. Imagine a crow-come-vulture which can tear your arm off. You'll be negotiating with the children and the engineer, finding clues from the others, throwing a bird into an electric fence, dancing to open a truck, stealing sausages, having chips implanted into your hand, hacking devices, stealing batteries, and so much more. All of these actions must be put in place in a specific order to open up the way forward, and the only thing that will take you there is closely analyzing your surroundings, and essentially, picking every option methodically when you get stuck. 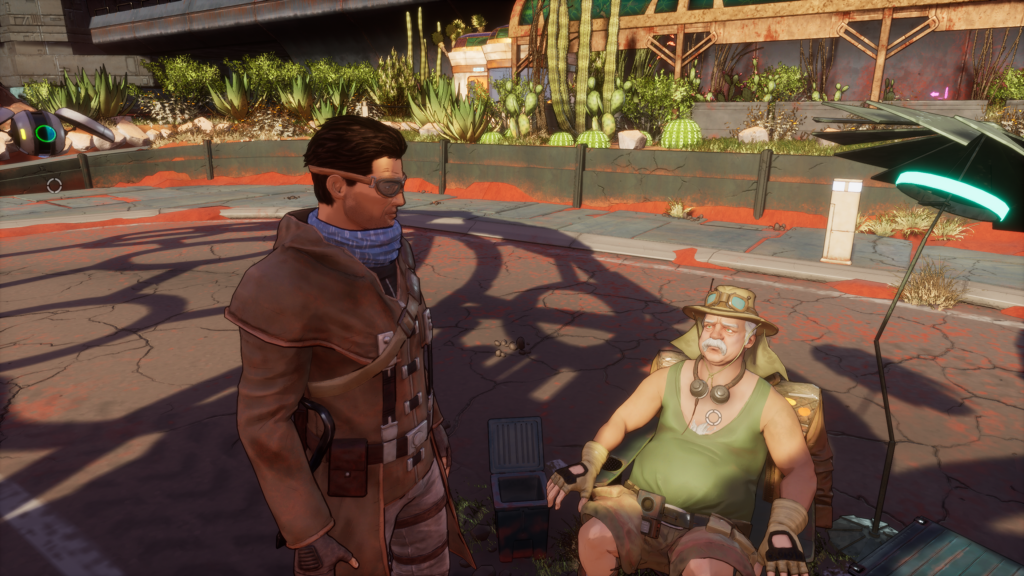 But this slow pace which forces you to talk to every character is also what makes adventure games charming. You will be forced to learn about each character you talk to, who they are, why they are there, what they really want, and more. Every moment you spend figuring out puzzles you also become endeared to the characters you meet through the mechanics of the world. This is the magic of adventure games that many modern games have lost.

Eventually, you'll find your way inside the city, which is introduced with orchestral music and sweeping camera shots, like you've just entered Jurassic Park. It does look impressive, and the grandiose reveal is warranted: this is exactly what fans of the previous game have been waiting all this time for, and most importantly, the experienced team are entirely aware of fan expectations, and they're determined to nail the atmosphere fans want.

Once inside the city with a stolen ID chip, you'll meet the wife of the man whose identity you have assumed, and before you know it, you'll be researching his background in order to pass off as a man you know nothing about before a government official. It's in these moments that, once again, that classic adventure game style really shines.

Of course, we have Telltale Games to thank for reinventing the adventure game formula with the phenomenal The Walking Dead series, and Beyond a Steel Sky has clearly learnt some lessons from the adventure games that come since. Even the art style of Beyond a Steel Sky has that cel-shaded, comic-book feel, complete with black inked outlines on characters and environments, which make you believe it really could be a comic in motion. Well, it's a good attempt at least, though I'm not sure it's always believable. 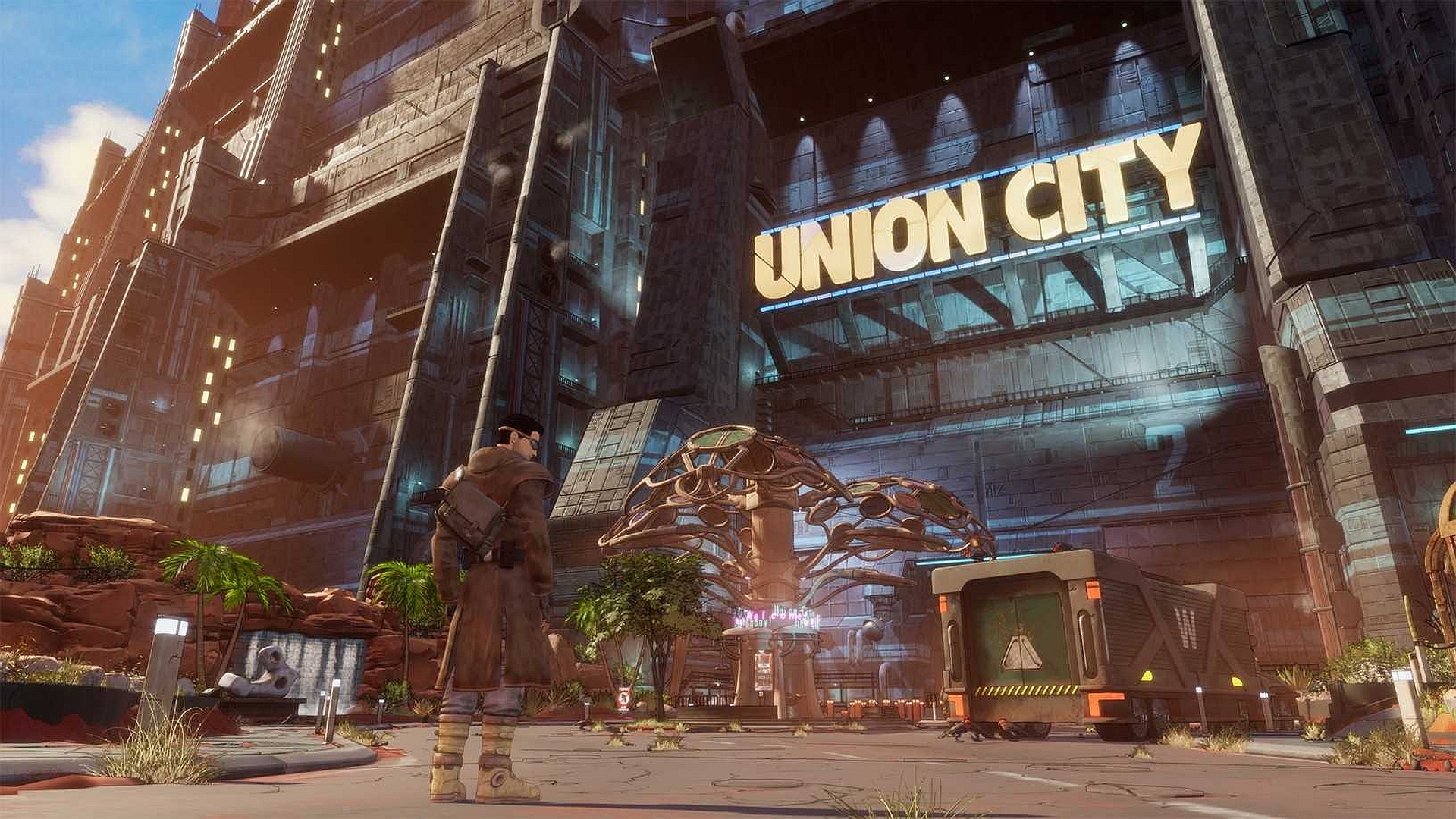 The preview build I played did also, admittedly, come with its fair share of bugs, however the developers have made clear that they are fully aware of the issues in this build, and are continuing to debug and polish the game before release, so I can forgive the myriad of minor issues I saw. Honestly, I've seen AAA titles with rougher presentation at this stage in development.

While I do want to continue playing Beyond a Steel Sky and exploring Union City, I have to admit that right now, I have no idea how it'll stack up next to other modern adventure games. This has the advantage of being the God-sent wish of many retro adventure game fans, but whether or not the narrative and gameplay mechanics will continue to be interesting remain to be seen. Though the hacking tool which is introduced early on in the game certainly keeps me feeling optimistic.

Beyond a Steel Sky is still in development, but it looks better every time I see it. This is definitely one to watch for any adventure game fan, with the release supposedly not too far off in the future.