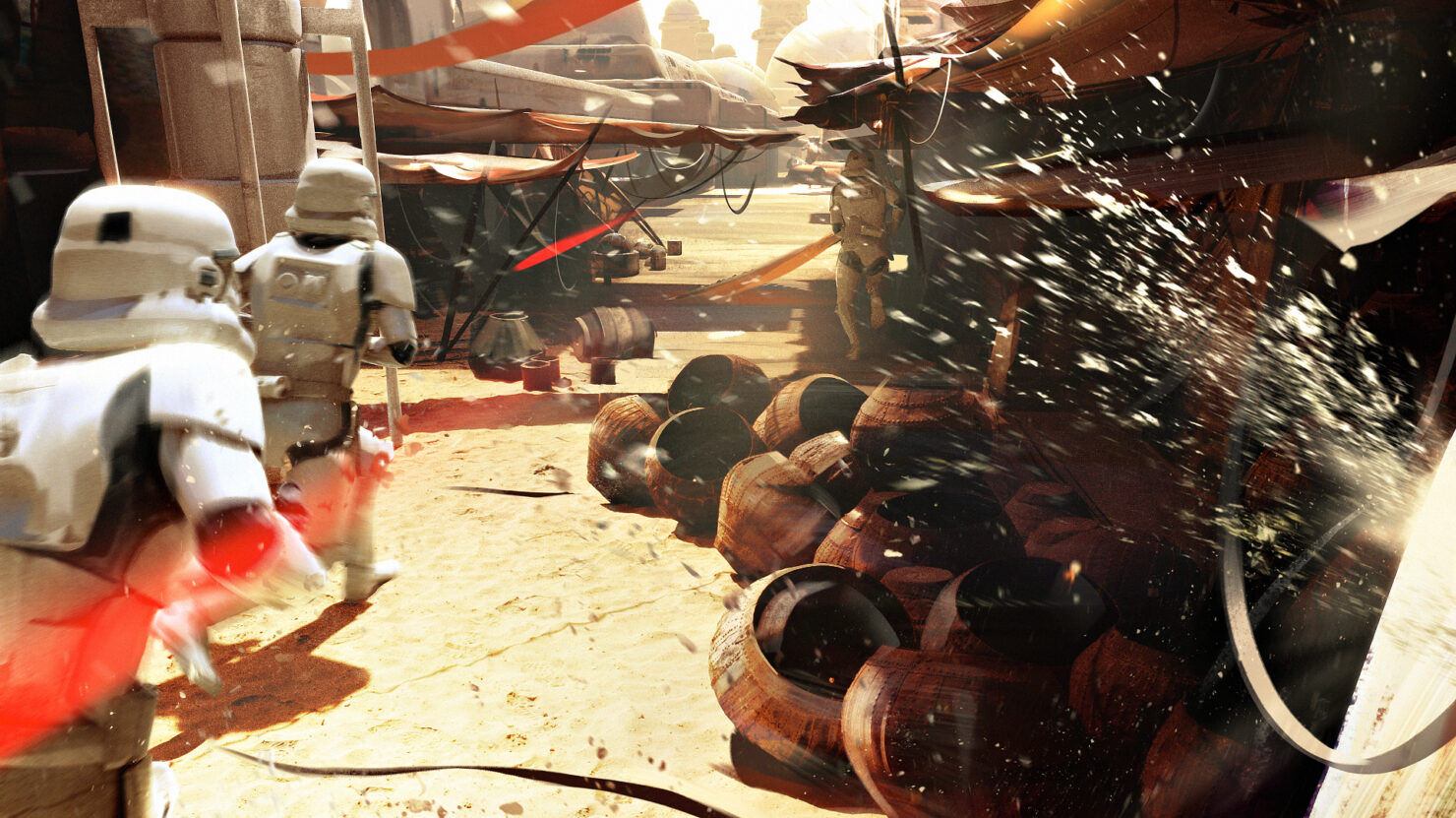 YouTuber BattlefrontUpdates just posted a video with lots of new Star Wars Battlefront II details on both the single player and multiplayer modes. These tidbits were shared during a press Q&A that was under embargo until a couple of hours ago.

The developers at EA Motive said that different characters in Iden Versio's Inferno Squad will have unique abilities, which suggests they will come in handy at different times depending on the situation at hand (though you won't be able to control them directly).

They also stated that switching to Luke and Kylo will provide an opportunity to see the main character Iden Versio from their perspective. Her droid companion is reportedly going to be an important part of the campaign with very cool and useful skills.

Single player also has a similar progression system to multiplayer, but it will be separate. The campaign will feature both atmospheric and space-based dogfights and lastly, there will even be some elements of choice - though it's currently unknown if these will lead to different endings.

A few days ago I wrote an op-ed on how Battlefront II needed to have substantial improvements in gunplay compared to the first game. It looks like my prayers have been answered, as DICE revealed that gunplay will be more skill based with a deeper learning curve. Moreover, there will be a reason to aim down sights (ADS) this time around instead of just using hip fire, unlike 2015's Battlefront.

Battlefront II won't have a partner system or squad system, but they have come up with something new that will be shared later. There won't be dynamic destruction like Battlefield's, as the developers don't think it fits well within the Star Wars universe. Lightsaber combat has been substantially revamped and it will feel much better, particularly since heroes will now react in a consistent way to certain abilities like being force pushed. Heroes have been balanced with a rock/paper/scissors system, which should make things more interesting.

Something that may leave fans a bit disappointed is the fact that all vehicles, including starships, won't allow players to perform take-off or landing. However, DICE did say that jetpacks will be tied to specific classes/characters; this was a major feedback from the Battlefront community. Finally, rolling and the thermal imploder grenade will both make a comeback.

Star Wars Battlefront II is being developed by EA Motive (single player campaign), DICE (multiplayer) and Criterion (vehicles & space combat). It will launch on November 17th for PC, PlayStation 4 and Xbox One.