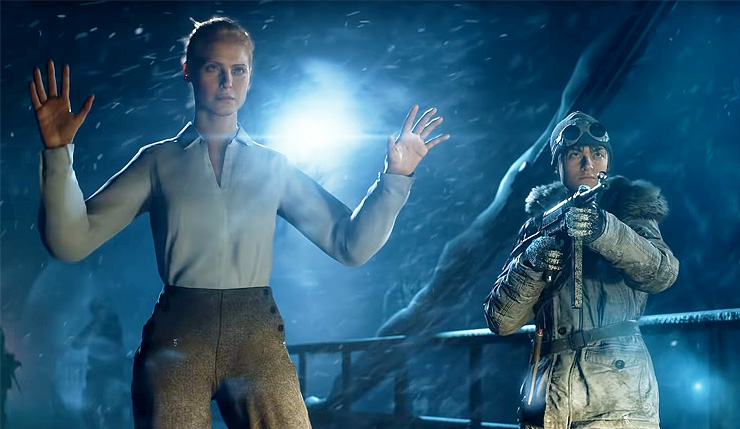 Earlier this week, EA and DICE dropped a new trailer for the Battlefield V single-player War Stories, and now they’ve provided a ton of additional information about the Nordlys, Tirailleur, and Under No Flag episodes. In addition to new story details, we get a sense of how these episodes will play – each War Story highlights a specific class, with Nordlys focusing on Recon, Tirailleurs on Support, and Under No Flag on Assault. DICE is also promising each War Story can tackled in multiple ways. 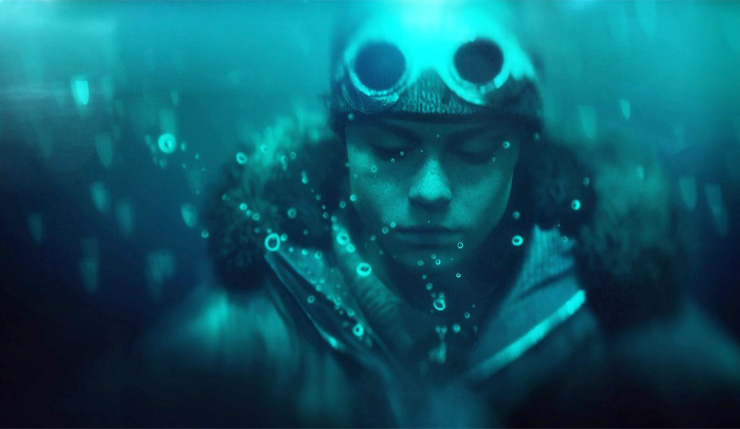 Here’s the full description for Nordlys:

Under the green hue of the Northern Lights and hidden among the Norwegian mountains, something dangerous is being built, something that could dramatically alter the direction of World War 2. In Nordlys, players take on the role of a Solveig, a young Norwegian resistance fighter. Alone, she must brave the unforgiving cold of the Norway winter as well as evade or engage occupation soldiers, thwart a war scheme, and rescue her captive mother.

Nordlys is built with multiple ways for players to reach their captured mother and disrupt the enemy’s plans. But your best shot at resistance is to move like the Battlefield V Recon Class, which uses stealth, intelligence, and precise weapons to even overwhelming odds.

As players move closer to the tall, illuminated facility in the distance, they’ll begin to see evidence of the occupation there. Small forts and supply areas patrolled by German forces have scarred the natural winter beauty. It’s your job to either sneak past them or wipe them out.

Thankfully, your character is equipped with more than the burden of her mission. A pair of skis will keep you mobile. Use these to navigate the Scandinavian landscape, stick-and-move between vulnerable enemies, and flee if you’re seen. You’ll start with single-shot weapons to help keep your profile low – including a pair of throwing knives that can be hurled at enemies while skiing. Master these, and you’ll never be more than a whisper in the enemy’s cold breath. 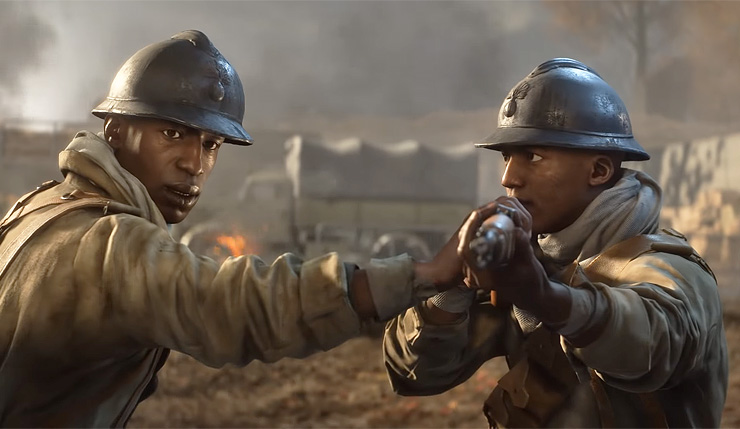 And here’s the rundown on Tirailleur:

Set late in WW2, the story title refers to the Senegalese Tirailleurs, colonial units of the French Army who were deployed to France – usually from West Africa – to fight and liberate a homeland that they themselves had never seen before.

The events are told in retrospect by Deme, now weary of his days as a tirailleur in the French Army when once he was emboldened by the promise of combat. The player takes over a young Deme as he learns that the stakes of the conflict go beyond surviving the battle at hand to include earning acceptance for his duty. Together with veteran soldier Idrissa, the company of tirailleurs must somehow overrun the unstoppable German Fallschirmjäger defenses all while knowing that their sacrifices may endure only among those who were there.

The enemy is expecting you on the fortified hills of the French countryside. No need for subtlety when faced against insurmountable odds, so try a Support Class-style loadout, that can bring a storm of heavy fire. You’ll stand ill-equipped against an expanse of Fallschirmjäger dragon's teeth fortifications, barbed wire, and dug-in guard posts. Survive the first tirailleur charge and you can pick the enemy remains for a variety of better gear. But the might of the German forces won't stop until you conquer their strong points.

Pair a light or medium machine gun with the battle cries of the tirailleur and you'll be fit with a high rate of fire at close and medium range combat. Lay down a steady stream of bullets to clear enemy nests, and destroy their field guns with some well-placed explosives. 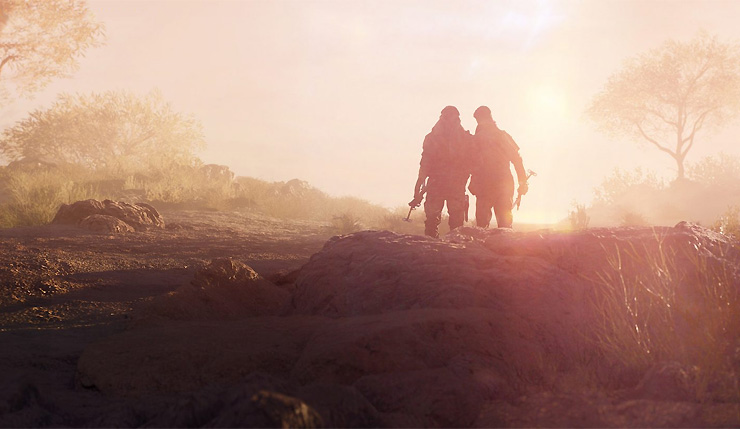 And finally, everything you need to know about Under No Flag:

How Long Have You Got Left?

Under No Flag takes inspiration from the operations of the British Special Boat Section, or SBS. Not to be confused with the popularized Special Air Service, the SBS was an early special forces offshoot that was tasked with some of the most reckless WW2 missions. This meant filling the SBS with operators who could think on their feet, people who didn’t wait to follow orders. This included men like the fictional Billy Bridger, who was sitting out the war in a London jail before getting handpicked to help cripple a Luftwaffe airbase.

What Bridger lacks in military bearing he makes up for with grit, determination, and knack for nitroglycerin. That is, he’s great at making things go boom. George Mason is the British officer who plucks Bridger out of jail and into the SBS. With some doubts about his new recruit, Mason drags Bridger along, packing a smart mouth and the ability to stay one step ahead of everybody.

Under No Flag gives players a choice at every turn on how to foil the Luftwaffe operations in the open desert. A good saboteur is never in one place for too long and is equipped to do massive damage and race to the next objective. We suggest playing with the flexibility and firepower of the Assault Class.

With as many explosives as you’ll be packing, it’ll be difficult to stay quiet — so hit first. Move through a terrain of mud and cliffs and weave among aircraft remains as you blow past enemies on your way to sabotaging their most valuable aircraft and equipment. Brute force is only one way to solve a problem and a little ingenuity goes a long way when tangling with the Luftwaffe. Trick the enemy, steal their Stuka Bombers, and use them to destroy the airbase.

As you may recall, there’s also a fourth War Story, The Last Tiger, coming shortly after the launch of Battlefield V. This chapter lets you play from a German perspective, which is sure to cause some degree of controversy, but DICE design director Daniel Berlin promises it’s not a “hero story”…

"With Battlefield 1 we got a lot of feedback that it'd be nice to see a German perspective, so that was in our back pocket. […] All actions have consequences, even in war, so that's an ongoing theme throughout the whole thing. And I don't want to spoil anything, but I hope that mantra helps you understand some of what I mean when I say [The Last Tiger is] not a hero story. It's really about this tank crew going to war in this crazy machine and they start to actually question why they fight."

DICE also insists The Last Tiger’s protagonist isn’t a Nazi, but simply a regular German soldier. Kind of a fine line to make – of course, not all German soldiers were Nazi Party members, but they were still out there fighting at Hitler’s behest. But let’s wait and see how DICE handles the subject.