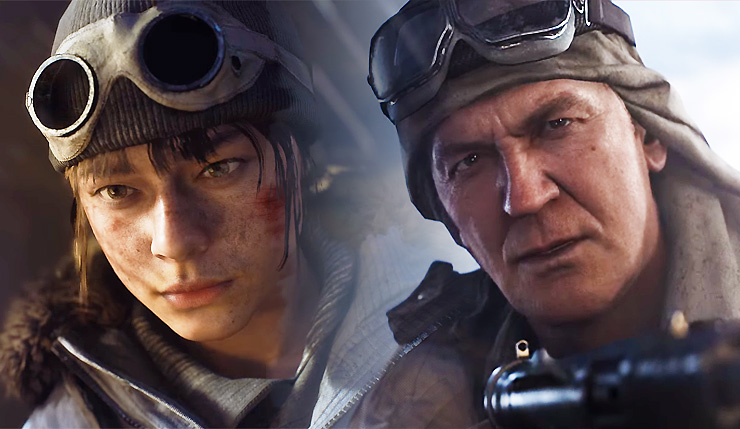 Call of Duty may be ditching the single-player campaign this year, but Battlefield V definitely isn’t. In keeping with tradition, EA and DICE’s shooter will include a series of episodic War Stories, which showcase a variety of different characters and World War II fronts. We’ve already seen a bit of footage from the Norwegian-set “Nordlys” chapter, but the latest Battlefield V trailer also gives us a peek at three other War Stories. You can check it out, below.

Pretty intense stuff! For those who couldn’t quite keep up with everything going on, here’s a breakdown of Battlefield V’s four main War Stories:

Seems like we’re getting a nice variety of stories – I’m particularly anticipating playing through the Nordlys and Under No Flag chapters. It will also be interesting to what DICE does with the German side in The Last Tiger. Nordlys, Tirailleur, Under No Flag, and a Prologue chapter will be available to play on launch day. The Last Tiger will arrive a month later in December.