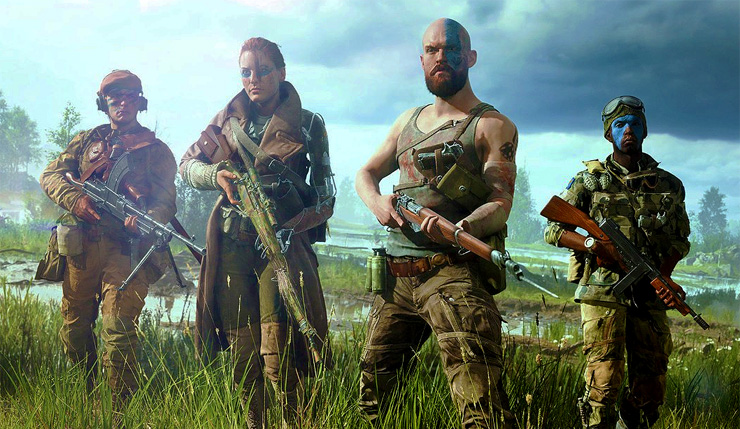 As we learned last month, Battlefield V will cast aside the traditional premium season pass. Instead we’re getting “Tides of War”, a series of free updates that will take players through the events of World War II. The initial Battlefield V reveal didn’t provide much detail about Tides of War, but EA and DICE have now shared some new information.

New Tides of War story content will becoming “every few months,” with the first update being titled Fall of Europe (presumably, it will take place during the opening days of the war). Playing through the new story chapters will get you new gear, including weapons, vehicles, soldier skins, and more. Here’s the official Tides of War rundown:

Tides of War will be an evolving journey featuring a new narrative every few months. Each chapter will focus on a particular aspect of the era, with unique gameplay experiences to drive players forward. We will use content, soldiers, visuals, and narrative to immerse our players deeper into the gameplay.

Tides of War brings you into themed experiences from the war, starting with the Fall of Europe, that span several months and are filled with timed events. These can include a multi-week Grand Operation, Special Assignments, and new Missions. The timed events will push further into the unexpected and influential battles of WW2 over the course of Battlefield V.

Tides of War will give you the best opportunity to further shape your Company by collecting custom location- and event-specific gear. You’ll enter as a band of fighters – and return as kin. Your Company will never be the same.

EA and DICE also provided some new details about the Company, which is your customizable collection of soldiers, weapons, and vehicles. You can create a Company for each faction (Battlefield V will launch with the British and Germans), and you’ll unlock more cosmetic customization options the more you use each soldier, weapon, or vehicle. You can also unlock new archetypes, essentially subclasses, for each soldier class – for instance, you can choose to make your Support soldier either an Engineer or Machine Gunner.

Battlefield V storms onto PC, Xbox One, and PS4 on October 19.