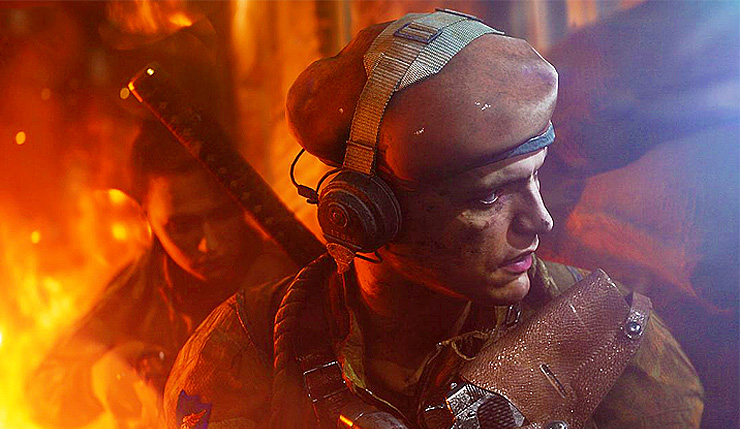 Battlefield V just dropped its latest update, which includes ray tracing improvements and Firestorm tweaks, as well as a more under-the-radar addition – the ability to spend real-world money. Yes, you can now purchase premium Battlefield Currency for real cash and spend it on cosmetic items, time savers, and new Elite soldiers for the game’s various multiplayer modes. Here’s a rundown of the stuff you can now blow your bucks on:

Starting April 4, using Battlefield Currency, you'll get access to new Epic items. You'll also be able to get a number of cosmetic items already available through Company Coin. Looking ahead, we will continue to release new cosmetic items that can be obtained through direct progression, Company Coins, and/or Battlefield Currency. We want to give every player a chance to access new cosmetic items, whether they choose to spend real-world money or earn content through gameplay.

Coming in Chapter 3, we'll be introducing something new to Battlefield: Elite sets that let you play as a distinct soldier in multiplayer modes, including Firestorm. Each Elite is a unique character with a name and background. They consist of a themed assortment of cosmetic items, character voice overs, a Best Squad animation, and an exclusive Special Assignment that helps bring to life the story of the Elite and unlocks a signature melee weapon. Elites play like any other soldier and do not grant any type of gameplay advantage. We'll provide more details on our first two Elites, Seamus and Ernst, closer to their arrival.

Later this spring, we'll be introducing two types of time savers that can be acquired with Battlefield Currency: Tier Catch-Ups and XP Boosts. Tier Catch-Ups unlock Chapter Reward items, while XP Boosts accelerate the amount of experience points you earn while you play.

EA will also be selling “value bundles,” which will include a variety of goodies are a discounted price. $1 will get you 100 Battlefield Currency bucks, with there being small bonuses for buying in bulk. EA is also offering Battlefield Currency Starter Packs for $5 and $30, which include some bonus cosmetics.

Battlefield V is available on PC, Xbox One, and PS4. As mentioned, Battlefield Currency can be purchased as of today (April 4).