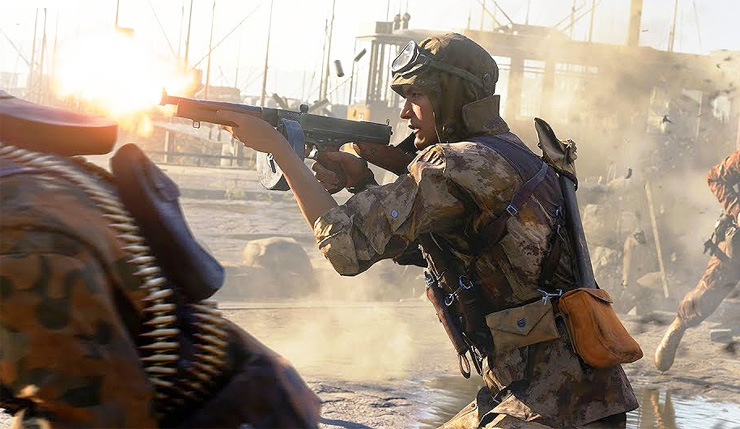 Prior to Gamescom 2018, EA has revealed a release date and fresh details for the Battlefield V open beta. In early September players will get to test out classic Conquest mode on the Rotterdam and Artic Fjord maps, get a feel for the new Grand Operations mode, and even get started on the Tides of War story campaign. Here are a few more details, courtesy of EA:

Player can jump into the up 64-player Conquest mode on the Rotterdam map, set in the embattled Holland city, or the Arctic Fjord map, set in icy Narvik, Norway. In Conquest, you must battle for control of key locations on a massive multiplayer map, using the new Fortifications, towable weaponry, and Squad Reinforcements system.

Two “days” of Grand Operations are also available to players in the Open Beta. In this modular narrative experience inspired by historical events, each day is represented by a round of play, and player actions have a direct impact on the next round. Up to 64 players can deploy in the Airborne and Breakthrough modes on the Arctic Fjord map.

A preview of the Tides of War — the ever-evolving journey through WW2 featuring a new narrative every few months — also awaits players in September. Each chapter of Tides of War is designed to focus on an aspect of the era, with unique gameplay experiences to drive players forward. A five-part Tides of War chapter will be part of the Open Beta. Players who complete the chapter will earn an exclusive in-game Dog Tag in Battlefield V at launch.

It’s been a big day for Battlefield V – in addition to detailing the open beta, EA has announced the game will be supporting NVIDIA RTX ray tracing technology. You can check out a trailer showcasing Battlefield V’s very pretty NVIDA RTX reflections, right here.