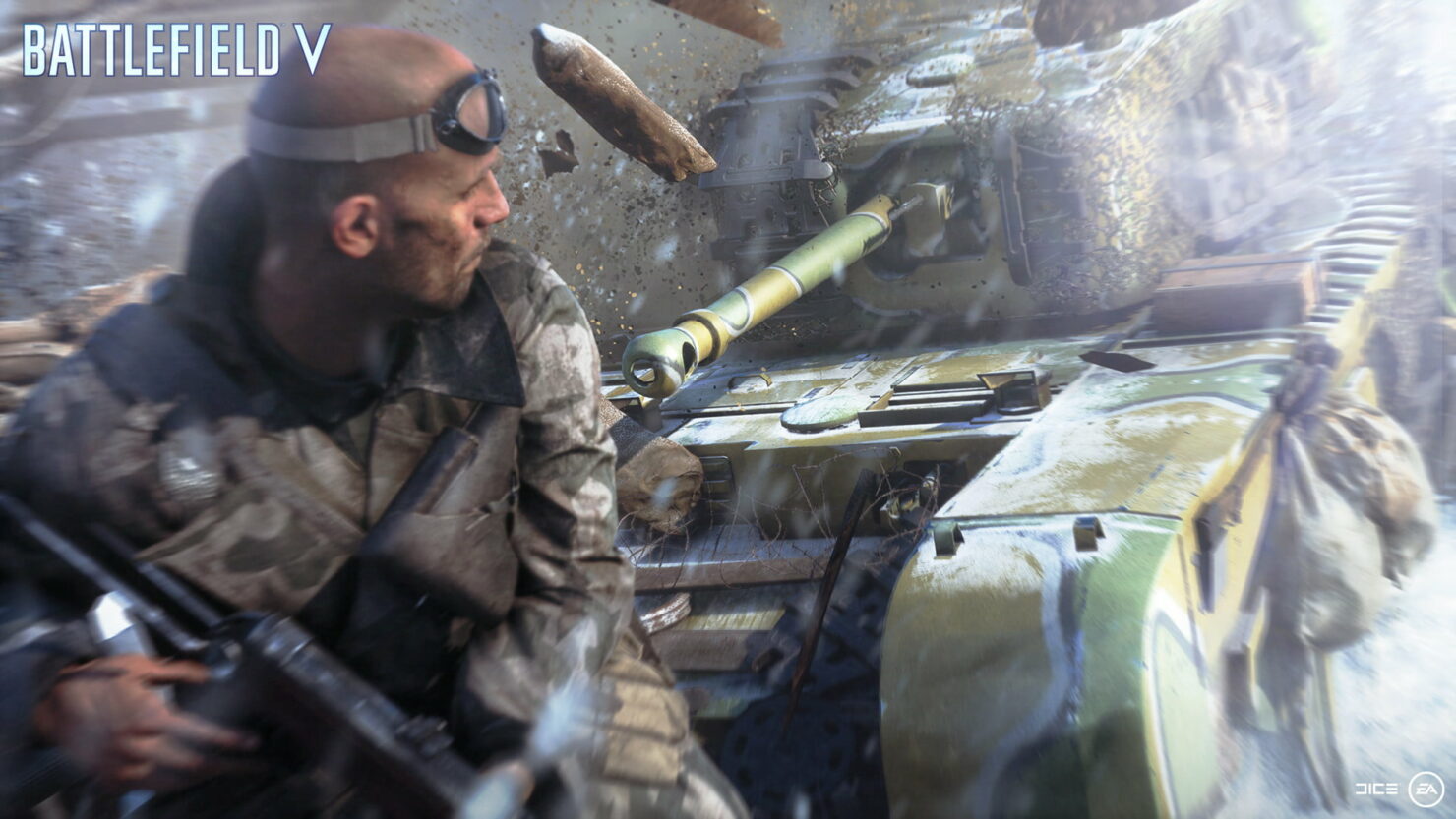 Battlefield V is set to bring players back to World War II, where the franchise started many years ago with Battlefield 1942. There are lots of changes the developers have made to try and enhance the game's depth and one of these is something the community has been asking for a long time.

In the latest gamesTM magazine (issue 201), DICE Design Director Daniel Berlin openly said he'd like players to approach Battlefield V with the following mindset: PTFO, Playing The Fucking Objective. He then expanded on why that's going to be crucial, beginning with squads.

Executing squad play commands - such as reviving, executing orders, giving ammo and spawning on each other - or PTFO: if you play the objective you'll also get squad reinforcement points. What this does is give you access to items like the V1 rocket. It doesn't matter how bad the situation is around you, if you drop that V1, everybody fucking goes away. We also have super-powerful powerhouse vehicles that are built for your entire squad to fit inside and play together. You can call these types of vehicles in, and they are only for your squad to spawn into. This has the same mentality: if this thing comes at you and you aren't geared to deal with it, you aren't playing a class leaning towards taking out vehicles, then you should just leave, because it will kill everyone. It's something you get for team play and for playing with your squad. This is important. You will not be able to get access to these by basically doing the lone wolf thing. These are rewards for squad players, for players that play the objective.

Berlin also pointed out that the newly introduced concept of scarcity of ammunition and limited health regen will create lulls whose goal is to make the experience more dynamic than in previous Battlefield games.

The gameplay - in terms of when you're in action, when you're running and gunning - all of that is still the same fast-paced gameplay that you've come to expect. But what we want to do, in terms of the tempo, is create lulls. We want there to be ups and downs. For the game to go up in intensity, you know, where you fight, fight, fight, fight, and then there's a moment of pause where you actually need to re-supply and you get ready for the next encounter. You have time to be tactical and you have time to plan out attacks. The game becomes a more dynamic experience as a result.

Battlefield V launches October 19th on PC, PlayStation 4 and Xbox One. You can check out Kai's hands-on preview of the Grand Operations mode from E3 2018.