Battlefield 4 is one of the most famous next-gen first-person shooter video games that came soon after the launch of the latest video game consoles. The game received positive critical response from gamers and was a commercial success, however, it was infected with a considerable number of bugs and glitches that pestered the overall gameplay experience. Now it looks like the upcoming Battlefield: Hardline is also infected with exactly the same bug that Battlefield 4 players encountered. 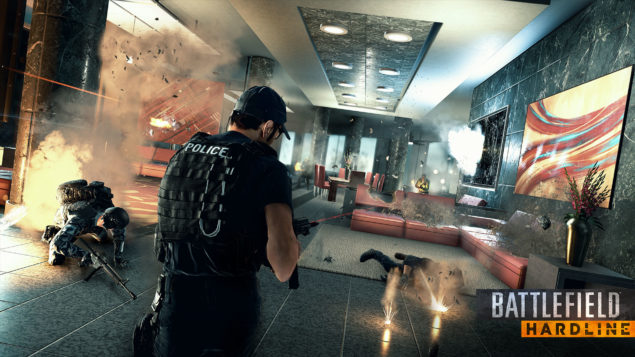 Battlefield: Hardline is the upcoming next installment in EA's renowned Battlefield video game series. Due to launch October 21, 2014, the game does now follow the series' traditional war-time game modes, rather, it features a whole new variety of gameplay, but it looks like this turn around did not help the game escape the bugs that Battlefield 4 is notorious for.

According to a report from AttackoftheFanboy, Battlefield: Hardline contains exactly the same bug that can also be found in Battlefield 4. The bug is actually related to the screen size of the game and a specific remote desktop program called TeamViewer. If you try to load Battlefield: Hardline in full screen mode while running TeamViewer in the background, the game will start glitching out, and it simply won't run in full screen mode.

The report also claims that this bug was also present in Battlefield 4 from the start and as of now, it still has not been fixed by the developer. It is quite odd to see the bug in Battlefield: Hardline as it is a whole new game that is being developed by a whole new studio, but it is certain from the testing that both the games act similarly and glitch out when loaded in full screen with TeamViewer running in the background.

This bug is not a major one and will not break the upcoming Battlefield: Hardline in anyway, but it is still counted among other bugs, and it should really concern the developer. The game is in beta stage so hopefully Visceral Games will take note of the bugs that are surfacing, and will surely avoid making the mistakes that were made with Battlefield 4.