Annualization of franchises is a very interesting debate. One side of the camp argues in favour of game titles coming every year (of which Call of Duty is a prime example) while the other argues for the long wait that savors the anticipation. I personally don't care how many iterations studios spin out as long as the game is good, but that's probably just me. In an interview to Polygon, Patrick Soderlund states that Battlefield Hardline does not mean that BF will become an annualized franchise. 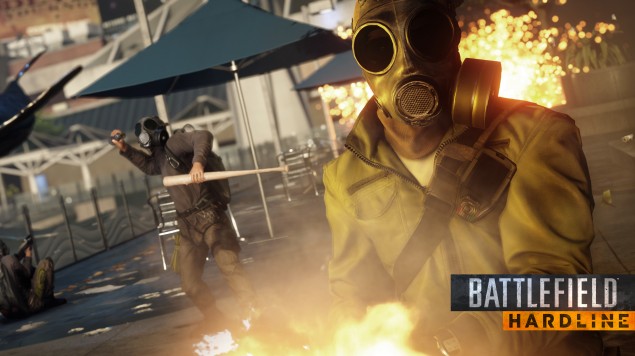 Battlefield Will Not be Getting Yearly Iterations - Hardline the Exception, Not the Rule

Hardline, or rather the concept behind Battlefield Hardline has been in the pipeline for more than a decade. Its origins stem for the never released 'Urban Combat' game which has approximately 10 years later launched as Battlefield Hardline. One of the primary reasons Visceral was made to create an expansion pack was so it understood what it takes to make games for an IP like Battlefield. And ofcourse, to get some first hand experience in the same, before delving into the multiplayer rich Hardline. However, since it was revealed in close succession to Battlefield 4, Mr. Patrick stated the following to allay fears:

"It doesn't necessarily mean that we need to annualize Battlefield and that's the way it's going to be forever and ever," he said. "I understand that some people may look at it that way but that's what happened.....The EA that I'm trying to help build isn't an EA that needs to annualize everything,"- Patrick Söderlund

The point they are trying to make is that Hardline was an exception since it was a spinoff that was years in the making. Ofcourse, this was also a pun to the rival franchise COD which releases iterations on a yearly basis and remains one of the more discussed franchises of all time. Although to be fair, COD AW looks great. And also that even though is an obvious PR statement, the fact is that Battlefield has been releasing yearly iterations in a more or less on and off fashion. They haven't been as consistent as COD but they have released titles in sequential years, occasionally taking a break of a single year. Another good thing is that the work DICE is doing to address existing problems in Battlefield 4 will be put to good use in improving Battlefield Hardline Multiplayer. So basically Hardline will be based on the trouble-shooted and bug free Battlefield 4 code which will ensure a much smoother gameplay at launch.