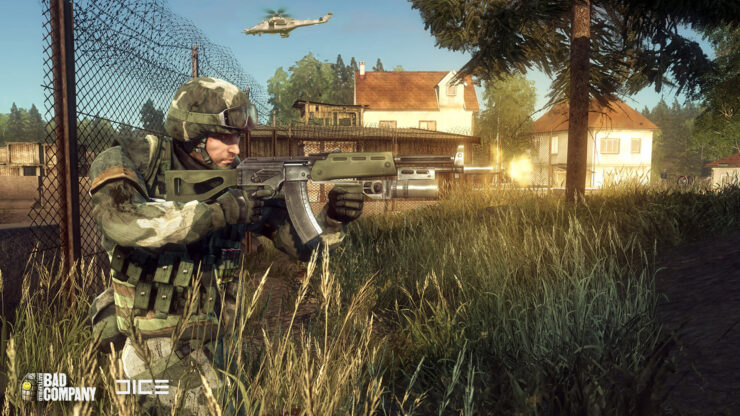 A Battlefield Bad Company remaster was apparently in the works, but it eventually got canned.

Jeff Grubb, who has been correctly providing information about a variety of publishers and games, revealed a few hours after the end of EA Play 2020 that a remaster of the popular entry in the Battlefield series he teased a while back has been canned. He also reiterated that Battlefield 6 will be a modern shooter.

Grubb also commented on the Skate 4 announcement. The game has apparently been in the works for a long time but in a sort of limbo, as the developers weren't really sure the project would see the light of day.

Battlefield VI is modern.
UFC is coming.
EA is making a golf games of its own again.
Battlefield Bad Company remaster that I teased years ago got canned.

While the Battlefield Bad Company remaster has been canned, there's a good chance we will get a series' remaster anyway in the future. According to rumors, a Battlefield 3 remaster is currently in the works, and it will be launched alongside another entry in the series complete with all the additional content released for the original version and brand new cosmetics.

Battlefield V is the latest entry in the series developed by DICE. The game received its final update earlier this month which introduced new maps, weapons, and more.

The next entry in the Battlefield series has yet to be announced. We will keep you updated on it as soon as more come in so stay tuned for all the latest news.