Yesterday the Battlefield Hardline Premium details were announced, and since Visceral Games are the developers behind Battlefield Hardline, DICE has had plenty of spare time to work on patches for Battlefield 4. Last year EA and DICE announced that more content (DLC) and patches would keep coming during 2015 for Battlefield 4, this after they had just launched their very Final-sounding DLC "Final Stand". They have continued to utilize their Community Test Environment (CTE) servers to test upcoming changes. Now the 'Winter patch' is finally out and amongst other things it brings AMD Mantle Optimizations. 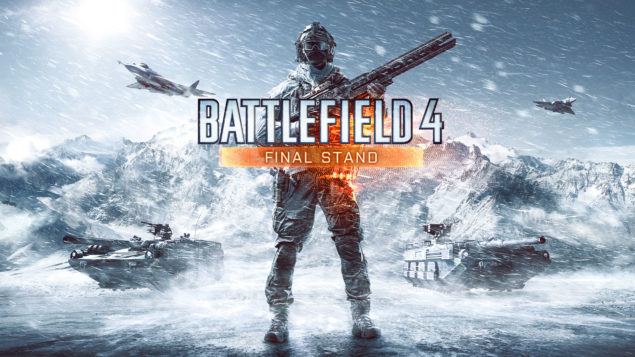 Continued Optimizations and Fixes for Battlefield 4

There's a couple of other new additions that come with the patch, for example the new 'Squad Obliteration' game mode, whereas the name suggests you play Obliteration but on a smaller map as 2 squads against each other, with some slight rule changes. And something that I have been waiting for, all helicopters have gotten improved agile physics, meaning you can do barrel rolls and loops, instead of the helicopter just taking a nosedive when you tried to tilt it into a loop or a barrel roll.

GENERAL IMPROVEMENTS
- Added Squad Obliteration game mode
- Added support for New player servers (rank 10 and down)
- Added support for matchmaking into ranked servers (in addition to standard official)
- Various anti-cheat improvements implemented
- In combat system now temporarily disables squad spawning when squad mate is in combat
- In combat system now temporarily disables Medic Bag healing based on damage taken and incoming suppression increase
- In combat system now temporarily disables First Aid Kit healing based on damage taken
- Decouple vehicle aiming from turning option added
- Added Mastery Dog tags for several weapons that were previously missing
- Added 3 new Premium playlists: 'Large Scale Battles', 'The Battlefield', and 'Close Quarters'
- Fixed an issue that would sometimes cause an error about stats not fetching, if connecting to a session after immediately being disconnected
- Fixed an exploit related to CTF/Obliteration exploit using M224 Mortar/MAV/EOD Bot
- PC - Several AMD Mantle optimizations
- PC - Various graphical performance improvements
- PS4/XBOX ONE - Fixed a case where the Battledash would not show after signing out of a profile while in the rent-a-server section
- PS4/XBOX ONE - Fixed naming inconsistency with the server browser and quick match for Conquest Large
- Xbox One - Fixed an issue where the user would sometimes not enter friends online session when joining through 'Friends List'
- Xbox One – Fixed an issue where Digital Premium Edition did not give premium access on Battlelog
- X360 - Fixed an issue where performing a sign-in change during game would sometimes result in endless black loading screen
- X360 - Fixed an issue where multiple users in the same squad would crash if the squad leader disconnected from a full server
- Added option for player to separately toggle the slowdown and auto rotation components of aim assist. Server admins can now enforce a disable of the auto rotation component on ranked servers
- All consoles - Fixed an issue where it was not possible to join a rented server that had a password set

There's no specifics on what exactly they have improved with Mantle, nor what has been improved with "Various graphical performance improvements". Netcode fixes seem to be present as well, as seen in the above images. Currently DICE is gathering feedback and information to make a Community made Map, which when completed will be released on all platforms for free. If you want the check out the patch notes, then the patch notes in full can be found here.