EA showcased a 17 minute demonstration trailer of DICE's next generation Battlefield 4 FPS which was powered by their latest Frostbite 3 technology. As we all noted, Battlefield 4 went off to show some very amazing visuals in the single player section that was showcased and the same is expected from the multiplayer section.

Although earlier rumors said that DICE would show off their game running on next gen console parts but in return, Legitreviews have got the conformation that Battlefield 4 was demonstrated on its lead platform AKA PC. But what was powering the PC that ran Battlefield 4? The solution was AMD's world fastest Radeon HD 7990 GPU that was also previewed by AMD at GDC 2013 earlier yesterday. EA had announced AMD as their hardware partner and has further strengthened AMD's Gaming evolved initiative. Here's the press report from AMD:

AMD and EA DICE are proud partners in gaming, with a recent history that includes the award-winning Battlefield 3 in 2011. That relationship continues today with the world’s first public demonstration of Battlefield 4, powered by the AMD Radeon HD 7990—the world’s fastest graphics card! Today’s unveiling not only demonstrates the commitment EA DICE makes to state-of-the-art PC graphics, it stands as further proof that the critically-acclaimed Graphics Core Next architecture in the AMD Radeon HD 7000 Series is the best choice for truly advanced PC games. AMD

This is great news for PC as a gaming platform and further proves DICE's commitment to its PC user base. Similarly if you remember, DICE also showcased Battlefield 3 on its PC lead platform back at GDC 2011 but at that time it was running on SLI'd GTX 580's from NVIDIA. So this is a move away from their primary hardware partner on the green side and hello to the Red team at AMD but nevertheless as i mentioned its something great to hear by the PC audience. Here's what we know about the AMD's Radeon HD 7990 GPU which the company calls it the worlds fastest GPU solution so far:

the Radeon HD 7990 from AMD would be codenamed Malta and feature Dual Tahiti Pro cores clocked around 1000 – 1100 MHz and would feature a 6 GB (3 GB per GPU) VRAM running across a 384 bit x2 interface. You may notice how AMD has labeled the slide as a preview of the upcoming product which means that its launch (previously reported around Q2 2013) might not be far away.

The card is powered through dual 8-Pin connectors which puts the power draw to around 375W and comes with an impressive three fan cooling design in the much awesome red and black color theme of AMD Radeon GPUs. Display connectivity on the Radeon HD 7990 include five Mini Display and a single DVI connector. It is expected to launch in Q2 at a price almost around the $1000 mark. 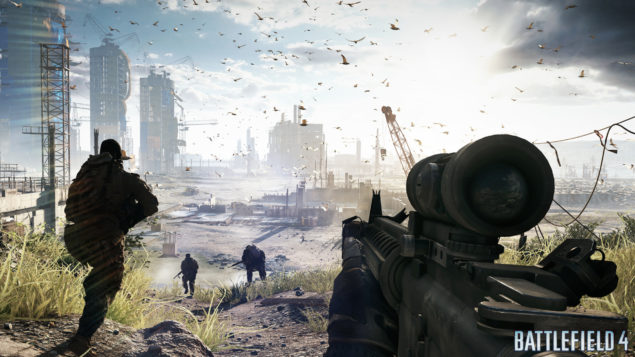 But don't you guys worry since you probably won't have to spend a thousand bucks on a HD 7990 to get Battlefield 4 running. Since the game would be optimized by AMD, its likely that it would run smooth on current generation GPUs from both AMD HD 7000 series and GeForce 600 series. Battlefield 4 launches in Fall 2013 and more details and gameplay are expected to hit before E3 2013.