Battlefield 4 Arriving for PC and Next-Gen Consoles on 23rd October 2013 – Based on Frostbite 2.0, Gameplay Details Leaked 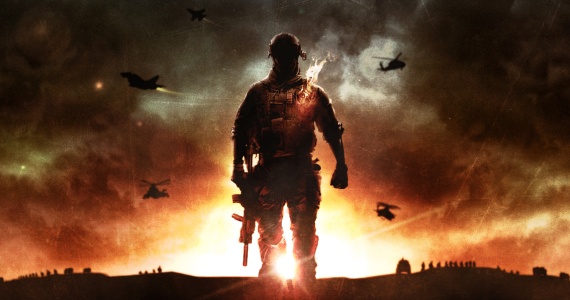 Details of EA's next generation first person shooter "Battlefield 4" have been leaked by Chiphell forums showing that the game is currently in development and launching on 23rd October 2013.

EA employees at an internal conference have leaked the details of Battlefield 4, it isn't known how credible they are but if true than the next installment in the Battlefield franchise might actually be that big of a deal. Launching on October 2013 after its Beta sometime in mid-2013 (for MOH: Warfighter players), the game would be available for PC, PS3 and Xbox 360 but also arrive for Next-Gen consoles such as the PS4 and new Xbox.

The PC players and Next-Gen consoles would be able to enjoy the beauty of Frostbite 2.0 at 60 FPS along with 64 player multiplayer mode which would not be available on the PS3 and Xbox 360 which would be running at 30 FPS average with lower details. It is also said that Battlefield 4 would be the one of the very first games to be made available for the next gen consoles. If there's any truth about this statement than the launch of those consoles cannot be far away. PC players would get to taste new and improved dynamic lightning and tessellation along with 80% utilization of Frostbite 2.0 engine in Battlefield 4 compared to 30% in Battlefield 3.

Gameplay details show that Commander system would make a return, making a single player of the squad the commanding officer of the unit who can redirect players according to his will. Both body and voice control options would be made available to the commanding officer. In addition to that, Female soldiers can also be deployed to the battlefield in addition to the male soldiers. There would be three playable factions in the game, Russia;China and USA although single player campaign would be based on a modern setting with the USA faction against Russia and China.

The game would allow internal support for video playback and sharing of the files alongwith several improvements to the EA's battlelog system such as linking profiles to tablets and mobile devices, auto login, support for cloud saves and better stats reporting on battlelog. Internet would be needed all the time to fully access these features along with multiplayer. There would be a individual store to buy DLC known as the "Gem store".

These leaked details may hold no legitimacy but they indeed sound real good for DICE's Battlefield 4. If things are as good as mentioned than we got a real deal breaking FPS for 2013.