DICE has confirmed that it's working on a new Battlefield title. Following the release of Star Wars Battlefront last month, a part of the EA DICE team moving on to work on the next Battlefield installment. 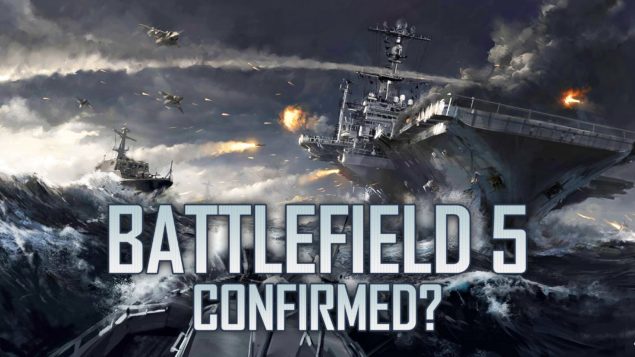 Now that we've shipped Battlefront and a part of the team continues to work on it, I am moving on to another project, the next Battlefield..

Next Battlefield; moving on from Hardline & Battlefront

Star Wars Battlefront released last month for PC, Xbox One and PS4, and its first DLC called 'The Battle of Jakku' released some weeks ago. A part of DICE's team continues to work on new DLC and content for the shooter.

EA's Battlefield: Hardline was released back in March of this year, following a development period of approx. 3 years.

Delivering an all-new canvas for the best-in-class first person action gameplay the Battlefield franchise is known for, Battlefield Hardline sees Visceral Games bring its critically-acclaimed single player storytelling pedigree to provide an engaging story in a setting reminiscent of modern TV crime dramas. In multiplayer, fans will feel the thrill of the heist or the satisfaction of the ultimate bust with new twists including new modes, weapons, vehicles and gadgets.

"This is an awesome opportunity to take one of gaming’s most exciting franchises in a new direction," said Steve Papoutsis, Vice President and General Manager of Visceral Games. "The cops and criminals fantasy is a great new backdrop for Battlefield and allows us to introduce an impactful story, while still maintaining that intense multiplayer action that fans expect. Best of all, the beta allows lots of fans to jump in and play immediately."

At the moment of writing, DICE has a lot of job openings in various countries. Whether these vacancies are for DICE's next entry in the franchise is uncertain, though. On the other hand, DICE Stockholm is looking for a Battlefield product manager to "align a strategic marketing plan for Battlefield products and services, as well as act as a contact point between the development teams and the wider marketing organization".