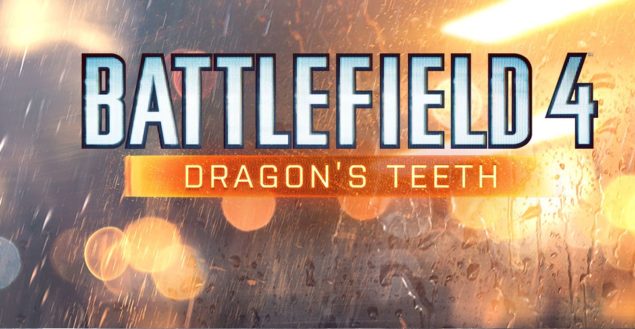 What to expect from Battlefield 4 Dragons Teeth:

The gallery below is courtesy of this imgur album, courtesy of reddit users, Wirrew, Hattiwatt1 & DANNYonPC

As you can see, this is indeed a significant update. Personally, I can foresee the DLC already. There will be a massive shield wall and LMG army and little EOD bots with Grenade Launcher / Chain Guns for heads going around and creating choas. This can be Operation Metro in Conquest mode all over again.

Along with the weapons there are also talks of a new game mode called Chainlink. Which still has no light shed on it, the name alone suggests something for team work but all we can do for now is speculate.

Battlefield 4 Dragons Teeth is definitely a DLC you would want to get your hands on if you aren't already a season pass holder. This DLC packs makes me reminiscent of End Game in Battlefield 3 which really was THE best DLC that the game had to offer with a good bunch of changes that surely was the best way to usher the end of the season pass.

Although I hope that we don't see a new Battlefield this year and that we at least get a couple of years of life given to this game since I really can't adjust to Battlefield taking the annual Call of Duty route. Albeit Battlefield 4 was a good game but it really didn't bring in many innovations to the series that we have come to know the series for, the jump from Bad Company 2 to Battlefield 3 was spectacular but the migration from 3 to 4 was practically lackluster since it didn't feel like a new game.

What do you guys think? Should the Battlefield series go back to its roots or should they go annual? If Call of Duty & Assassins Creed have taught us anything at all, going annual is a pretty big gamble and you never know what game can be a one hit wonder or a miss that failed to meet its target.

There is still no official date for Battlefield 4 Dragons Teeth but its speculated to release around Summer of 2014.