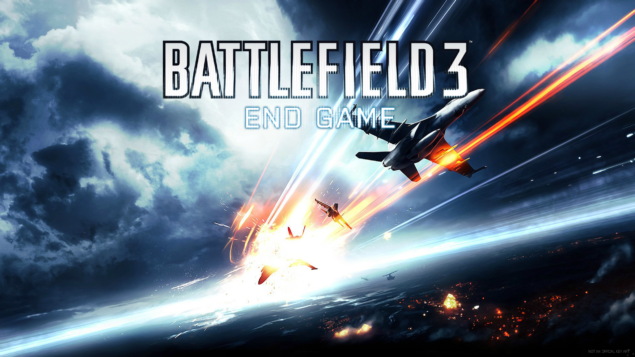 The Battlefield 3: End Game air superiority mode is based around High-Speed warfare with Jets being the primary role model. The mode would feature a giant dropship floating in the air that provides combat support to ground troops and instant vehicle drops. Ofcourse, the four new maps which are vastly huge in terms of size would pose a great challenge for air combatants and would be a thrilling experience to drive a jet through the wind turbines as seen in the gameplay trailer. Overall we could see a massive increase in the jet count so looking at that many jets floating in the sky from the ground would be a great experience on its own.

Another thing Battlefield 3: End Game would bring back is the classic capture the flag mode but this time capturing the flag is going to be alot tougher since the game would include dirt bikes, an armored Humvee and most probably alot of choppers following you. Check out this amazing game mode in the trailer below: