This is quite a surprise to many people some new footage from Gamescom shows that Battlefield 3 will have local co op support for campaign missions, the video shows the game being played on the PlayStation 3 and it shows 2 separate screens being played on at one time which means that the game will definitely have local support for consoles (possibly online co op too?) while this is a great plus to an already great game. 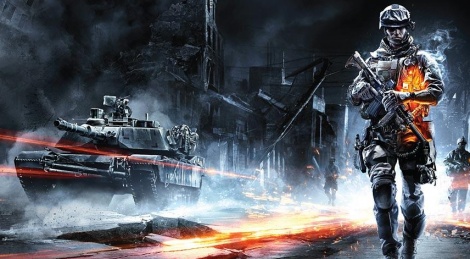 Battlefield 3 is already a great experience just waiting to happen but this could be the first game in the series to offer local co op support, while games like Call of Duty offer a separate co op mode in World at War and Modern Warfare 2 this will surpass all those previous games. Another thing I am surprised at even though the graphics have been skimmed down on the console version the PS3 version still looks very good in detail, while most of the gameplay shown so far has been on the PS3 I can only wonder what the XBOX 360 version will look like?

For those of you who want to get straight to the action skip the video to 2:10 to where they actually stop talking and play the game.