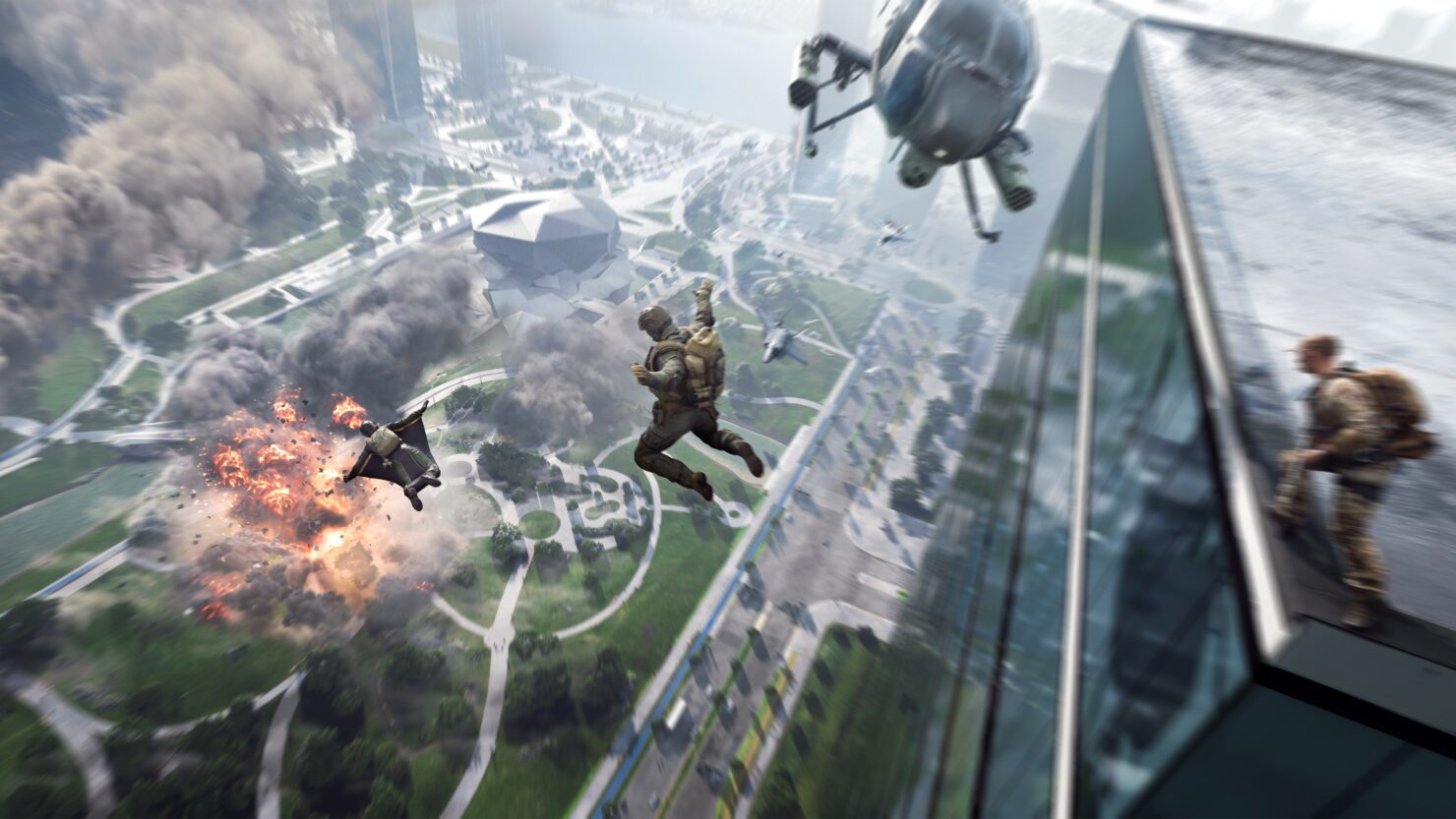 Battlefield 2042 might be getting news about crossplay and free to play in the coming months. During the press Q&A that followed the game's presentation, Oskar Gabrielson, General Manager at DICE, hinted that there would be news about both these topics in the future.

We have more news to share both on progression and the great work that Associate Design Director Feras Musmar and his team have been doing and cross-play in the next couple of months. More on that shortly!

As you might remember, back in the days, we did Battlefield Heroes as a free to play game. We have nothing to share today but look forward to more announcements in the future.

Both options frankly would make a lot of sense for Battlefield 2042. Crossplay is commonplace nowadays in multiplayer games and it's already been available in the past two editions of Call of Duty.

Similarly, Battlefield's rival franchise has managed to massively expand its player base with the release of the free-to-play Call of Duty Warzone. We wouldn't be surprised if at least one of the three multiplayer experiences, possibly Hazard Zone, turned out to be available for free.

For a lot more on Battlefield 2042's features and mechanics, check out our deep dive report.

● All-Out Warfare - the next generation of fan-favorite modes Conquest and Breakthrough,
featuring the largest maps ever for the franchise and for the first time, up to 128 players.
Experience the intensity of All-Out Warfare in large-scale battles like never before on maps filled with dynamic weather, dangerous environmental hazards and spectacular world events that see tornadoes rip across the map and sandstorms block out the sun.
● Hazard Zone - an all-new, high-stakes, squad-based game-type for the Battlefield franchise that is a modern take on the multiplayer experience that is distinctly DICE but very different from All-Out Warfare’s Conquest or Breakthrough modes.
● TO BE ANNOUNCED - the third experience, being developed by DICE LA, is another exciting new game-type for the franchise. This experience is a love letter to Battlefield fans and one that long-time players will feel right at home with. Tune-in to EA Play Live on July 22 for all the details.