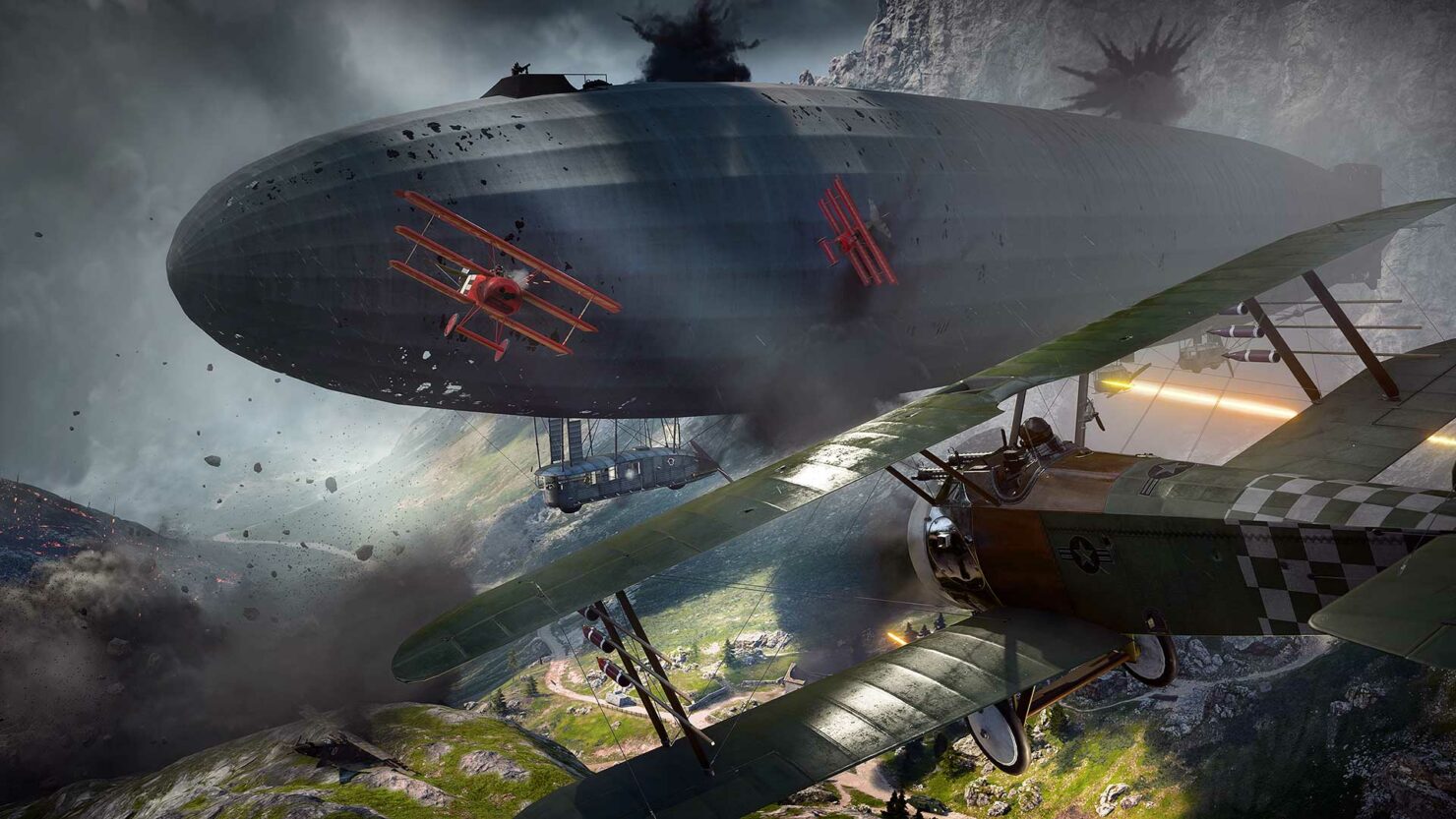 Last week’s Battlefield 1 Fall Update introduced many new features and improvements, including hardcore servers and tweaks to the game’s Operations mode. Additionally, tweaks have been made to the shooter’s gameplay, sound, interface, and visuals.

On the Battlefield 1 forums, PC players are now reporting visual downgrades following the release of the Fall update. Down below you’ll find some reactions from PC players.

“I don't think so. Looks like textures resolution was reduced and they added fxaa to everything, even with AA turned off. I can't get any clarity with the image. looks like I'm running 900p on a 1440p monitor”, wrote I-OutRagE-E.

“we need more comments on this,downgrade is huge,dont get it how some people cant see while in game...game now lost its depth visually so much,its shallow now...”, virtualkill1432 commented.

At the moment of writing, the “downgrade” thread has 29 pages and counting.

Look at the below areas I highlighted from each image posted a few pages back of the same Argonne spot, Pre and Post patch. To my eyes (view full-size), the Post-Patch screenshot;

Following the complaints, forum moderator “LOLGotYerTags” commented on the issues, and acknowledged the difference in image quality post patch.

“I know it isn’t placebo as it is an issue that has been brought up all over the place and I too can see it so it’s definitely not just you who is seeing it”, LOLGotYerTags wrote.

“There is obviously something causing things to not be rendered correctly in the render pipeline, Once DICE have found the cause though, I don’t think it would take too long for them to push out a patch to resolve it”, the moderator added.

Let’s hope that DICE finds a way to resolve the apparent visual issues on PC soon enough. According to development director Nils Hallberg, the issues are also affecting the PS4/Pro version, and has confirmed that DICE is investigating.

Battlefield 1 PlayStation 4 Pro Issues To Be Fixed In Next Update; Game May Get A Crossbow Grenade Launcher Weapon