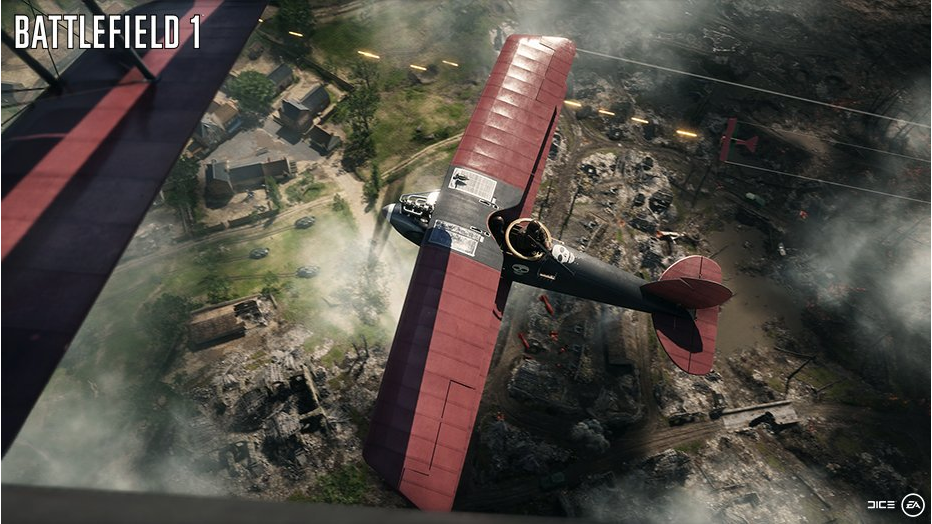 EA and DICE have talked quite a bit about the upcoming Battlefield 1, launching in a new few months in all regions on PC and consoles, but there's a lot we still don't know about the game. A few hours ago, a few new Battlefield 1 screenshots have emerged online, showcasing some things that were never seen before.

The three new Battlefield 1 screenshots, which can be found right below, showcase a forest map, a batlteship and a plane. Even though the quality of these screenshots is not the best, it's pretty clear how Battlefield 1 is going to look great, capturing the spirit of the first World War while letting players actually have fun.

Last week, the Battlefield Germany Community Manager Sebastian Moritz hinted that the Battlefield 1 Open Beta may not be too far off, as it will apparently begin shortly after Gamescom, which is being held next month from August 17th to August 21st. Those registered with Battlefield Insider will be able to access the Open Beta three days earlier.

Last week, something new regarding the Battlefield 1 60Hz tick rate emerged online. A few weeks back, DICE’s producer David Sirland revealed that the game will feature a 60Hz tick rate for all formats, but DICE LA Engineer Julian Manolov recently clarified that this is a goal for the team, but it may not be achieved. The tick rate for the Closed Alpha is 60Hz for the PC version, and 30Hz for consoles.Julian Manolov has also confirmed that the PlayStation 4 and Xbox One versions will also be getting a FOV slider as seen in the Closed Alpha.

Battlefield 1 launches this October in all regions on PC, PlayStation 4 and Xbox One. We will keep you updated on the Open Beta dates as soon as more comes in on them, so stay tuned for all the latest news.