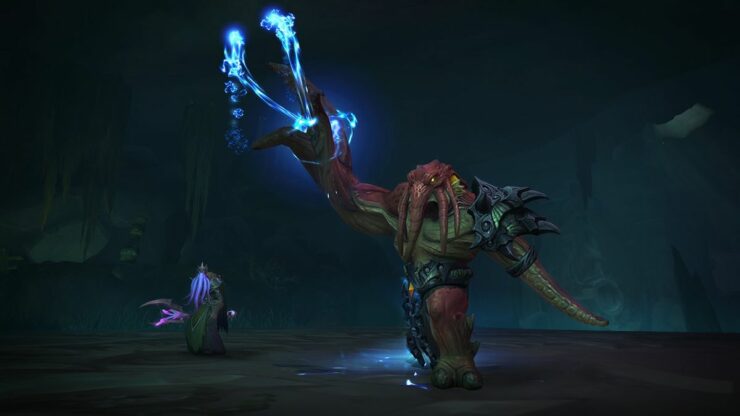 Blizzard has rolled out a new hotfix that for World of Warcraft: Battle for Azeroth that reduces the health on some enemies in Crucible of Storms: The Restless Cabal encounter.

The new patch lowers the health of Fa'thuul the Feared, Zaxasj the Speaker, Visage from Beyond, and Trident of Deep Ocean. The damage reduction is applied on normal and heroic difficulties also applies for groups formed through the Raid Finder.

For the sake of completeness, we’ve included Blizzard’s official release notes for this new hotfix down below:

Battle for Azeroth The Restless Cabal hotfix May 6

Dungeons and Raids
Crucible of Storms

The Restless Cabal
Reduced the health of Fa'thuul the Feared, Zaxasj the Speaker, Visage from Beyond, and Trident of Deep Ocean for groups in Raid Finder, Normal, and Heroic difficulties.

World of Warcraft: Battle for Azeroth is available now.