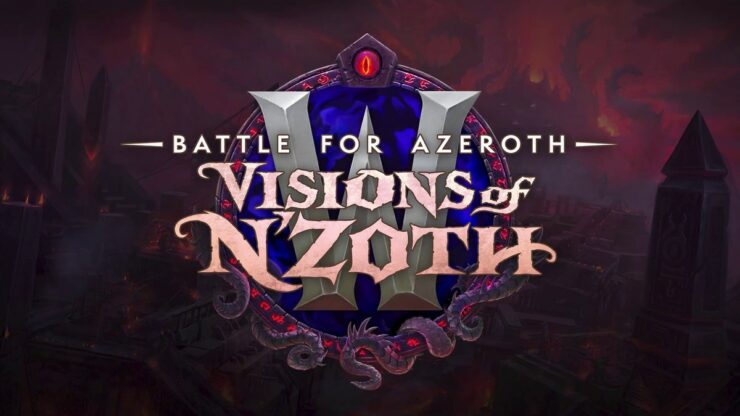 Patch 8.3 Visions of N’Zoth is currently live on the World of Warcraft’s Public Test Realm (PTR). Following the announcement of the World of Warcraft: Shadowlands expansion at last week’s BlizzCon event, Blizzard has now announced that the Battle for Azeroth’s new content update and the Ny’alotha - The Waking City raid will go live early next year.

“No Plans” for Battle for Azeroth Patch 8.3.5 Between Now and WoW: Shadowlands Expansion, Game Director Says

Ny'alotha, the sleeping city, has awakened. For the first time in millennia, N'Zoth sits on his throne within the Black Empire. His armies flood from their dark halls, once again wreaking havoc on Azeroth. As the world shudders from these invasions, a desperate plan is hatched. Champions from the Horde and Alliance are gathered to face this ancient enemy within his own realm for one final confrontation that will decide the fate of the universe.

According to the World of Warcraft development team, patch 8.3 is making good progress on the PTR and a new build is being rolled out soon.

“During the holiday season, we want to be considerate of all our players with the release timing of new content”, Blizzard writes on the official World of Warcraft forums. “Many guilds are still progressing through The Eternal Palace, and we want to give them enough time to finish the raid and earn their Cutting Edge: Queen Azshara and Ahead of the Curve achievements before opening the new raid. We try to avoid releasing new content tiers during the holiday season so that players are not encouraged to choose between progression and spending time with their families and friends. This also helps ensure us that we’re fully staffed to support any required hotfixes or turning issues that may emerge.”

Battle for Azeroth Patch 8.3 ‘Visions of N’Zoth’ was officially announced last month and became available on the PTR shortly after.