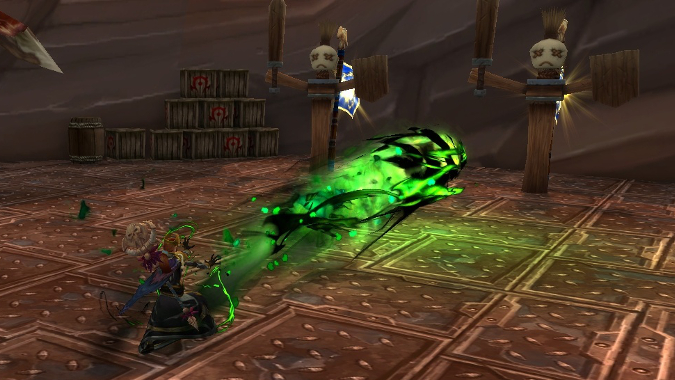 Blizzard has provided additional info on some Battle for Azeroth Demonlogy Warlock buffs that are inbound, including a damage increase for pets and Nether Portal Demons.

Yesterday we covered the upcoming Enhancement Shaman changes that Blizzard plans to implement in a future PTR build, and today Blizzard has detailed some of the upcoming Warlock changes on the official World of Warcraft forums.

We’ve included the post from community manager ‘Taepsilum’ below:

In the current build up on the PTR (Public Test Realm), a few changes were made to the Demonic Consumption level 100 talent:

- The damage buff to the Demonic Tyrant from consuming the Wild Imps is now much higher.

One additional note about the Demonic Tyrant:

- In an upcoming build, the Demonic Tyrant will also extend the duration of any demons summoned from the Nether Portal level 100 talent.

A few more changes you will see in an upcoming PTR build:

On the current live version, there is an issue where pets are gaining bonus Energy regeneration from the Warlock's Haste stat at twice the expected value. This is already fixed in the 8.1.0 PTR build and has been for many weeks now. We have made some adjustments to keep the relative value of your pet similar to what it is on the live version:

- Felguard, Felhunter, Succubus, and Voidwalker pets have had their damage scaling from the Warlock's Spell Power increased by 15%.

- Imps have had their spell power scaling from the Warlock's Spell Power increased by 25%.

Another recent change we made was to reduce the duration of the Nether Portal talent from 20 seconds, down to 15 seconds. In an upcoming build, the damage of all demons that can come from the Nether Portal has been increased by 25%.

World of Warcraft: Battle for Azeroth Patch 8.1 ‘Tides of Vengeance’ is currently live on the PTR, and will be released on the live servers next month.