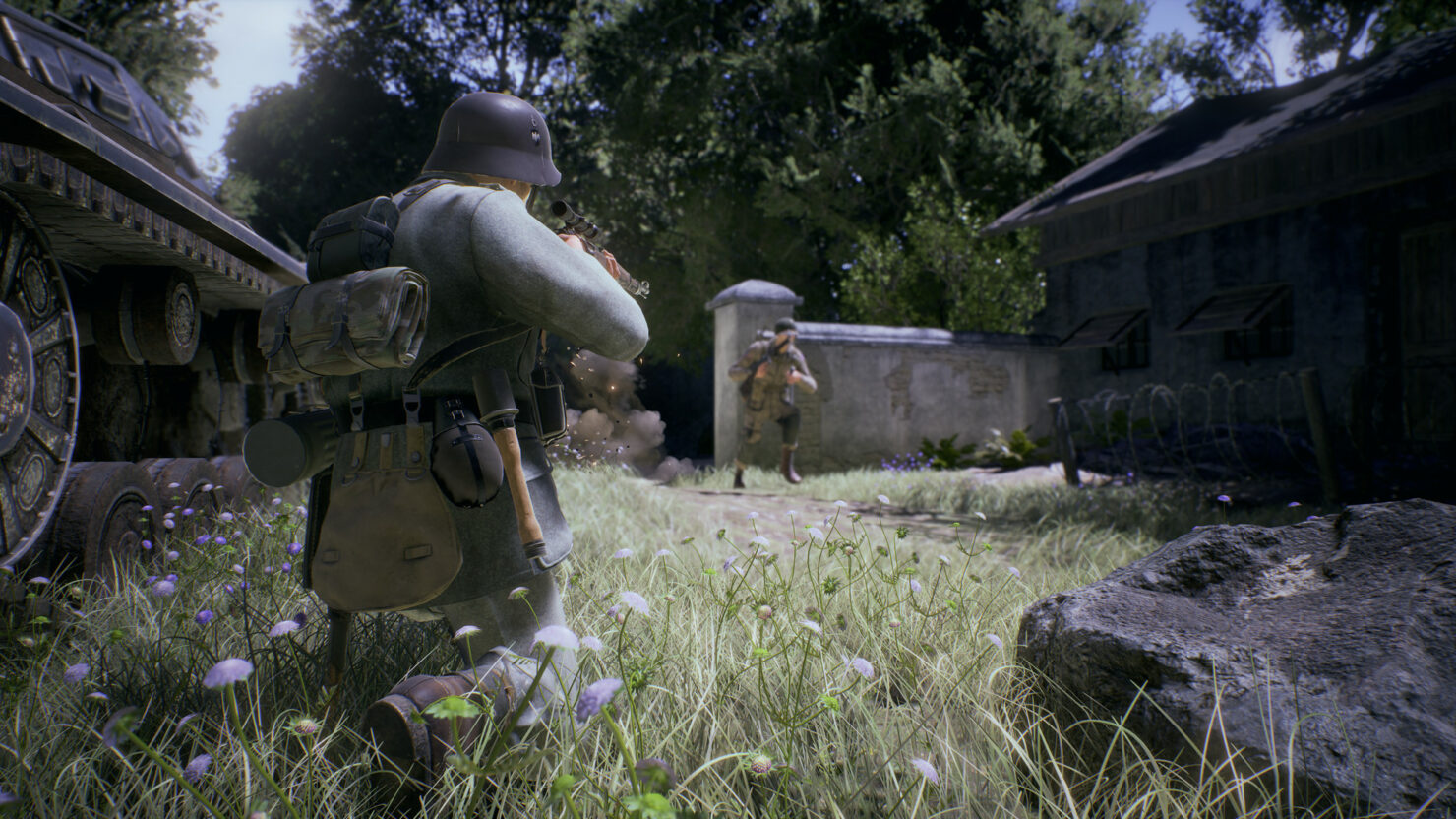 Remember about a decade or so ago when people were sick of seeing WW2 shooters? It may seem crazy to think of now, but back then the market was being flooded with what looked like the same old game every few months. Brothers in Arms, Medal of Honor, Call of Duty, Battlefield, Day of Defeat… you can see why it was time for developers to stop. After a long decade of modern and futuristic shooters, it looks like the cycle has shifted back to the WW2 phase.

The peak of the WW2 shooter has to be Call of Duty 2, hence the reason why it still has a dedicated player base on PC to this day. Creating a game like CoD2 would be a difficult task for anyone, let alone a developer known for their first person puzzlers. Bulkhead Interactive, developers of the first person puzzlers The Turing Test and Pneuma: Breath of Life, debuted the first playable build of Battalion 1944 at EGX Rezzed last weekend. I got my hands on the game to see just how well it stacks up to the classics in the genre. 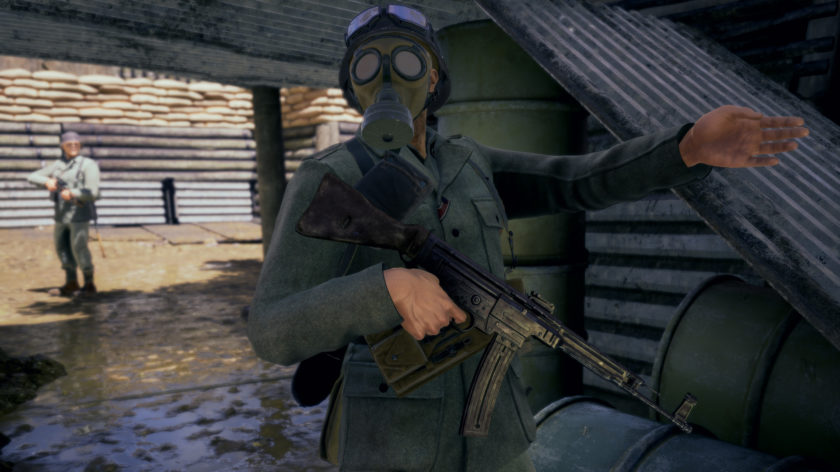 Battalion 1944 was unveiled last year through a Kickstarter campaign. In our interview with Howard Philpott, Creative Producer on Battalion 1944, he explained how his team wanted to make this type of game but were unable to, given the size of their team and their budget. “Our past two games were first person puzzlers” said Philpott. “We enjoyed making them but the real game we wanted to make was an FPS.” Promising to recapture the core of classic multiplayer shooters, Bulkhead Interactive reached their £100,000 goal in under three days and then ended up with £317,281.

I didn’t expect much of Battalion given the developer’s previous games, I mean, creating a good first-person puzzle game doesn’t exactly translate into a first-person shooter experience. Thankfully I couldn’t have been more wrong. Bulkhead Interactive have gotten the feel of Battalion absolutely spot on. Everything from the game’s movement to the gun play brings you right back to the good old days of playing shooters online. The fast-paced action of Battalion is something I’ve missed for a long time. Did I mention that you can strafe jump? In case you don’t know, strafe jumping allows players to move slightly faster in the air. Players will be expected to master the mechanics of this game if they wish to play with the very best, and that’s exactly how it should be. You don’t have to learn the ins and outs of this game, but if you wish to take the game to another level you’ve at least got the option to do so.

With eSports becoming more popular each day, it’s no surprise Bulkhead Interactive have been pushing the competitive side of Battalion. Philpott had this to say about Bulkhead’s efforts to prioritize eSports: “Hopefully we are going to have eSports built around it. We are already in talks with ESL and Twitch.TV to try and get some stuff going.” The fact that these two huge companies are already speaking to Bulkhead Interactive about Battalion 1944 says a lot. 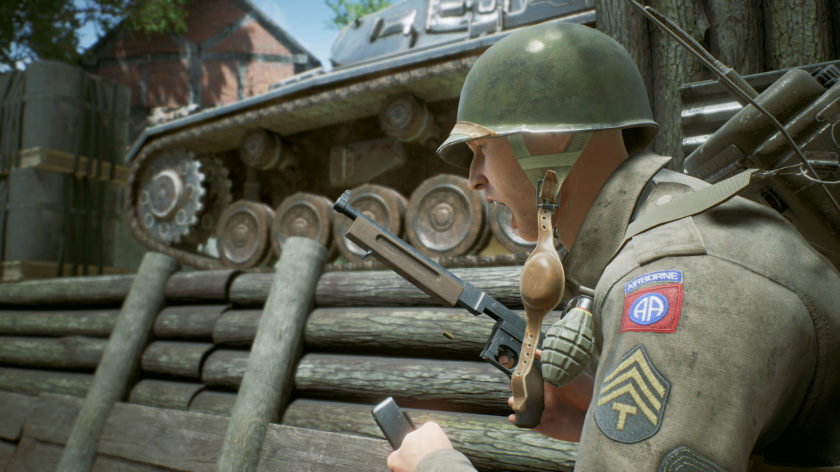 While eSports is certainly going to be a focus for Battalion, casual players will not be left behind. Have you ever wanted to play with your friends who may not be as skilled as you, but you were concerned that your rank would suffer as a result? Bulkhead have introduced a system to help players out: Platoons. By organizing your friends into platoons, you can create a group that has its own individual rank (completely separate from each player’s own rank). These platoons will have their own stats page, allowing rank conscious players to avoid any awkward conversations with their friends. It would be nice if some of the bigger developers out there would steal this idea…

I did have some issues with my time with Battalion 1944, though I’d be shocked if I didn’t, considering the game is currently at its Pre-Alpha stage. Initially, I couldn’t work out which team I was on due to the similar looking player models. Also, despite the game running on Unreal Engine 4, it looked surprisingly basic (like Call of Duty 4 running on low settings). These are relatively small issues that will almost certainly be fixed by the time the game launches.

Console players may be worried about the lack of information as everything so far has been PC focused. Don’t worry, Bulkhead have not forgotten about the PS4/Xbox One and are currently developing both the PC and console versions simultaneously. Unfortunately, console players may have to wait a bit longer to play Battalion 1944 as Bulkhead have spent more time developing the PC version. If you want to get your hands on Battalion, the Closed Alpha period begins at the end of May. The developers are hoping to have the game out in Early Access (for PC) by the end of the year, so stay tuned for that.