Batman Arkham Knight – Scarecrow is a True Master of Terror

Batman Arkham Knight, is becoming the most mature game of the series, given the "M for Mature" rating it got form ESRB. It certainly is shaping up to be one of the most interesting and exciting titles of the year. Gaz Deaves, the social marketing manager at Rocksteady Studios, has revealed some information on the master of terror, Scarecrow. 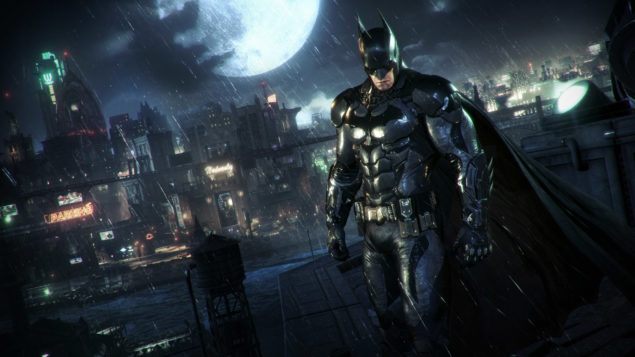 Talking about him, with GamingBolt Deaves’ said

“Scarecrow is a hugely inspiring character to work with. He’s the principal antagonist this time around, and we chose him for our main villain because he reflects and magnifies some of Batman’s most powerful characteristics. The Dark Knight uses fear as a weapon, but Scarecrow is a true master of terror.”

He continues to explain that the Scarecrow,

“understands the value of being a symbol just as much as Batman, and uses that to create uncertainty and fear in his enemies.”

”In terms of both gameplay and narrative, that makes him very interesting, because as a player you never know what to expect from him.”

“From our point of view, we never wrote it or made it with a rating in mind. We never did that in the previous two games…We just felt that this is the story that we really wanted to tell.”

“I’m not blind to the fact that [the M rating] does mean some fans will miss out… I don’t want to be oblivious to that fact. It would have been wrong to water down the game and deliver a story we didn’t believe in to keep the game ‘mass market’ or enable it for more people. We feel that’s the wrong way to go about it. We said we love the story and we don’t want to jeopardize that.”

Batman Arkham Knight' mature themes might be of a psychological nature

It appears that Batman Arkham Knight, is going to be one title focusing greatly on the emotional state of its characters. It could potentially feature some mature themes of a psychological nature, that could have a negative impact on younger audiences. Given Scarecrow is the main villain in Batman Arkham Knight, there could be as a big emphasis on the mental states of its characters. Their perceptions, thoughts, distortions, and general struggle to grasp reality.

Batman Arkham Knight, will likely end up being one very special experience and I have to admit that I am glad that Rocksteady followed their vision and did not jeopardize the story. Batman Arkham Knight is stated for a June 2nd release on PS4, Xbox One and PC. We will bring you any new information prior to the game's release as it becomes available.