Rocksteady Studios has released a new poster for Batman Arkham Knight featuring Robin as he appears in the latest installment of the Arkham franchise. 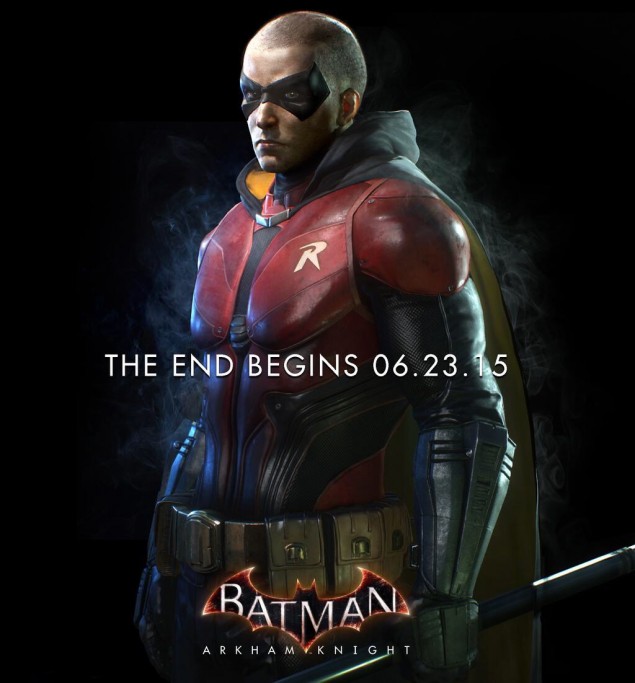 Batman Arkham Knight as the message suggests marks the end of the Arkham trilogy, at least for Rocksteady, and hopefully the studio will continue on to bring us even more amazing superhero titles. Justice League would be absolutely awesome, but also a huge challenge, but if anyone could do it, it would be Rocksteady. A Superman or Aquaman adventure would also be amazingly promising.

Regardless, Batman Arkham Knight looks to be the crowning achievement of the Arkham franchise, with a deep and engrossing storyline, breathtaking visuals and the most incredible fighting system around. The mature themes and moody atmosphere will surely add a sense of dread, immersing the player into a totally engrossing and captivating experience, that will probably make Batman Arkham Knight one of the best games of the year.

The amazing "Those who follow you" trailer for Batman Arkham Knight revealed a new weapon called the Disruptor. This new gadget has been tailored to meet the challenges of Gotham City’s vast landscape through its long range capabilities, and provides options that bolster Batman’s ability to control engagements like never before.