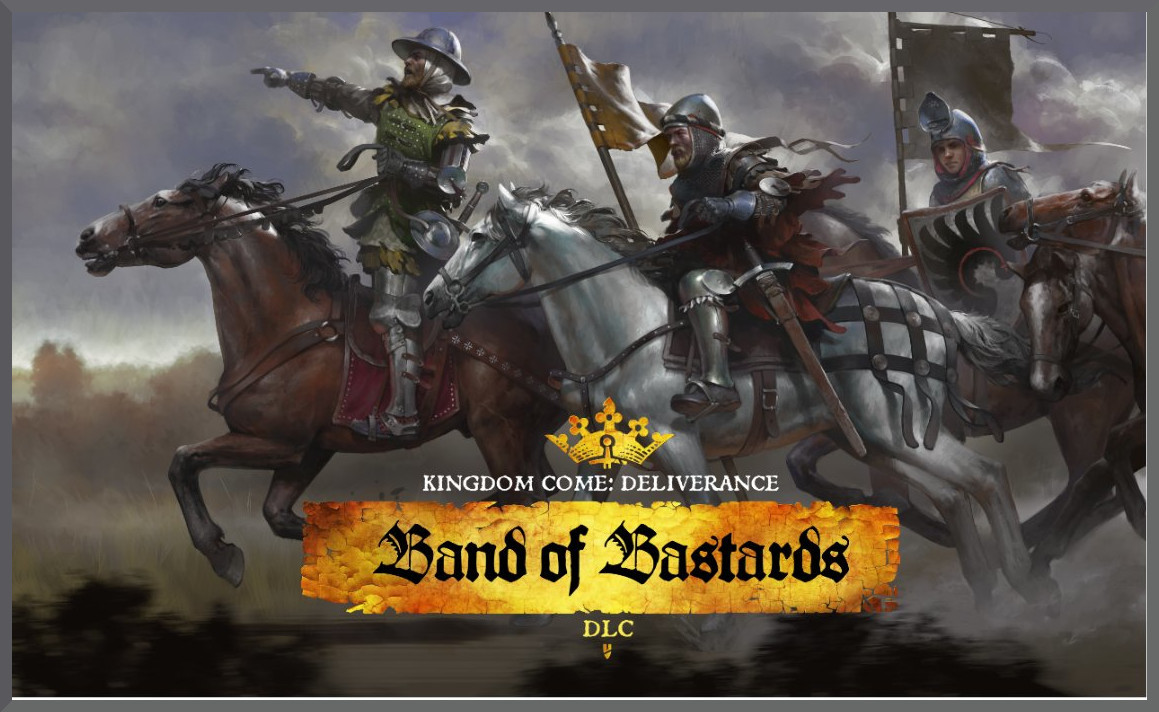 Band of Bastards isn't a new movie riffing on Tarantino's Inglourious Basterds, but the next DLC add-on for Kingdom Come: Deliverance, the first-person action roleplaying game set in medieval Bohemia.

The developers at Warhorse Studios announced that Band of Bastards will be out February 5th, focusing mostly on combat and minor skirmishes. However, pricing details were not shared yet.

The roads around Rattay are far from safe, so Sir Radzig Kobyla has enlisted the help of an old acquaintance, the impoverished but wily BaronKuno of Rychwald, and his infamous mercenary band. Radzig sends Henry to guide the band around the territory... and to keep their unbridled appetite for trouble in check. They set out to patrol the province and soon discover that Radzig's sworn enemies from long ago have come to settle old accounts. The rival bands engage in a tit-for-tat war that finally culminates in an inevitable showdown.

This will be the third DLC to be released for Kingdom Come: Deliverance after From the Ashes and The Amorous Adventures of Bold Sir Hans Capon. The fourth and last should be A Woman's Lot, a questline where the playable protagonist will be an as-of-yet unnamed woman instead of main game protagonist Henry.