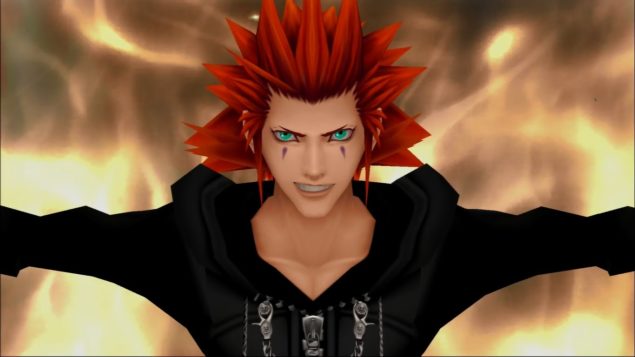 It's pretty well known by this point that voice actors are the last to know anything about an upcoming title. It doesn't matter if they're iconic or well-loved - they tend to find out almost everything at about the same time as everybody else. Quinton Flynn knows this better than anyone.

The voice actor, perhaps best known as Metal Gear Solid 2's Raiden, suffered through the development hell on Rising and is likely to return as Reno in Final Fantasy VII, a role he's played a few times since appearing in the English dub of Advent Children.

The tongue-in-cheek tweet was quickly followed up with confirmation that he has yet to record any lines for Axel, the popular Nobody character.

Speaking of Axel, when is the new Kingdom Hearts going into production? Step it up. Quinton needs to pay his bills! https://t.co/SHheiq6Cim

While this could easily be a sign that Axel/Lea might not make an appearance in the long awaited sequel, it's just as likely that development isn't nearly as far along as fans would like.

Voice acting is one of the last things that developers tack onto a game and, although Kingdom Hearts has amazing voice work, it's just not a priority at this point.

Kingdom Hearts’ Sora Was Considered for Super Smash Bros Ultimate; Still Has a Chance to Get Added – Rumor

Adding Marvel And Star Wars To Kingdom Hearts Would Be “Tricky”, Director Reveals