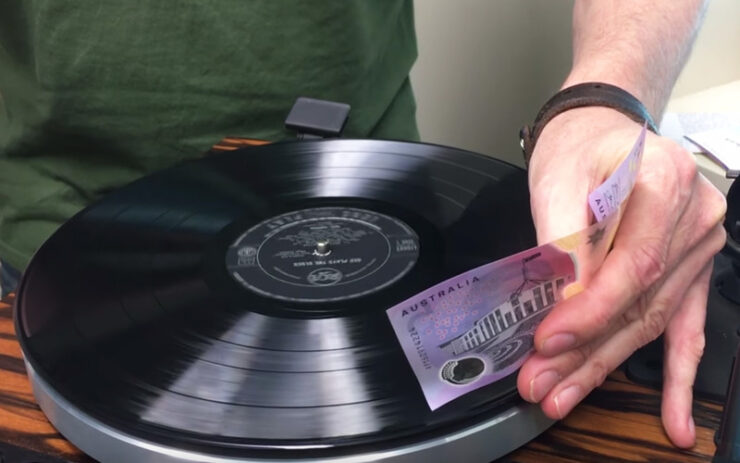 Australia has always been ahead of its time when it comes to currency innovation. The nation released its new $5 bill on the 1st of September, 2016. This new note looks a lot like its predecessor $5 note. Except it has a more psychedelic touch in its colors. The Prickly Moses shrub and the Eastern Spinebill bird, Queen Elizabeth II’s portrait and the 7-pointed star still remain on the note.

It is also so technologically advanced that people are already dubbing it for money. It has a tactile feature that enables the visually impaired to make a distinction between the denominations. The credit for this feature goes to a blind teenage boy, Connor McLeod, who has a congenital disorder. He expressed that he was unable to count the money he got for Christmas as his present and thus, came up with this idea. 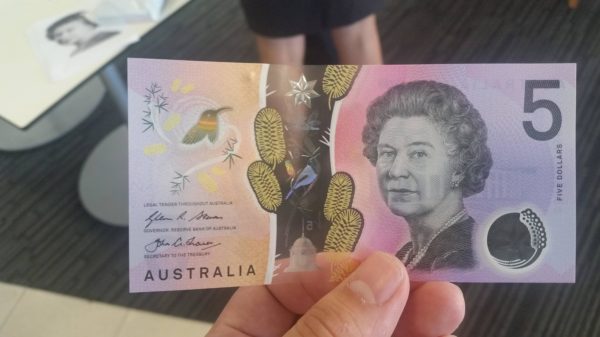 Just recently, it has come to the attention of many, that this “fiver” is not being accepted into vending machines. What good is a $5 bill if it doesn’t pay for candy, right? Wrong. Turns out this $5 bill, which is made of plastic, can play a vinyl record player. Crazy, right?!

The National Film & Sound Archive (NFSA) posted a video in which their education manager, Cris Kennedy, uses this note to play the “Brit’s Blues” by Red Norvo on a record player, instead of the stylus. It all seems pretty cool, but the NFSA has pointed out that the record they used was not an official one of their company’s and that there is no guarantee that it will not damage, should anyone would want to give it a try.

This $5 just blew away many minds with its extraordinary capabilities. It can’t buy you a can of coke, but will play a record and guide the blind. It’s priceless. People put money into their technology. Australia puts its technology into its money.