Trion announced Atlas Reactor during PAX Prime, a multiplayer game focused on team tactics and simultaneous turns; shortly after that, they also opened signups for the Alpha test. 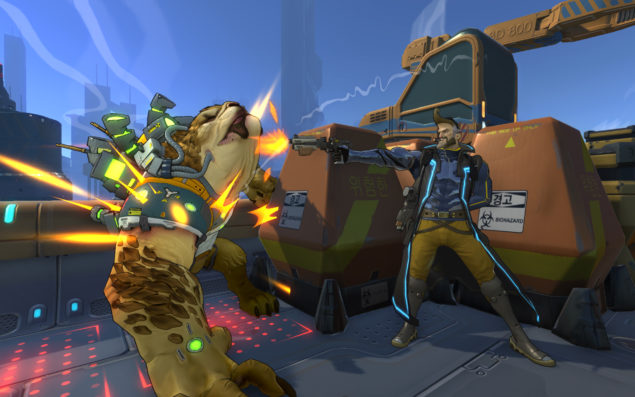 Atlas Reactor pits a unique cast of larger-than-life Freelancers against each other in a future built by giant Trusts paying top-dollar for information, espionage, and goods. Battles play out in simultaneous turns where players have mere seconds to survey the field, coordinate with their team and lock in their moves, and then watch the action play out. Players need to think turns ahead while whipping through action phases at breakneck speed, putting unique character abilities to work, hunting for specialized power-ups and making the most of custom mods.

It certainly sounds like a unique kind of multiplayer experience. Check out the first gameplay screenshots and trailer below!