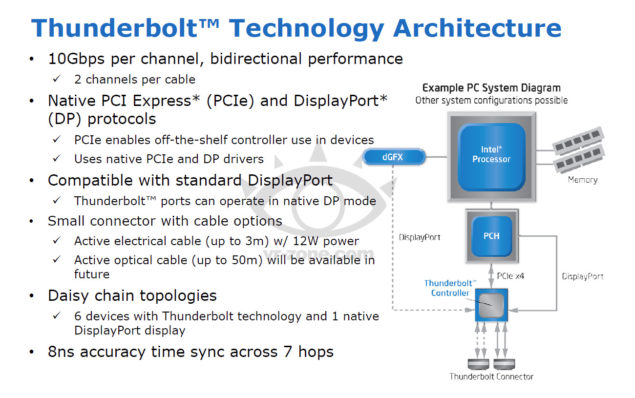 ASUS has confirmed that their Z77/H77 Chipset motherboards would get Thunderbolt support through a separately sold expansion card which would hit the store shelves on 27th April.

For now there are only a couple of motherboards such as the unreleased Intel DZ77RE-75K and MSI Z77A-GD80 which offer Thunderbolt support, With the new expansion card (Cactus Ridge 2C controller from Intel on a card) most of ASUS motherboards would get functionality for the new feature.

The expansion card would be configured with the Z77/H77 PCH through an header onboard the motherboard marked as TB_HEADER. 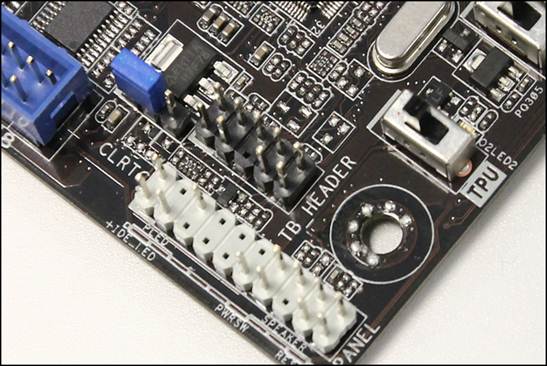 Following are the models which support the new feature: