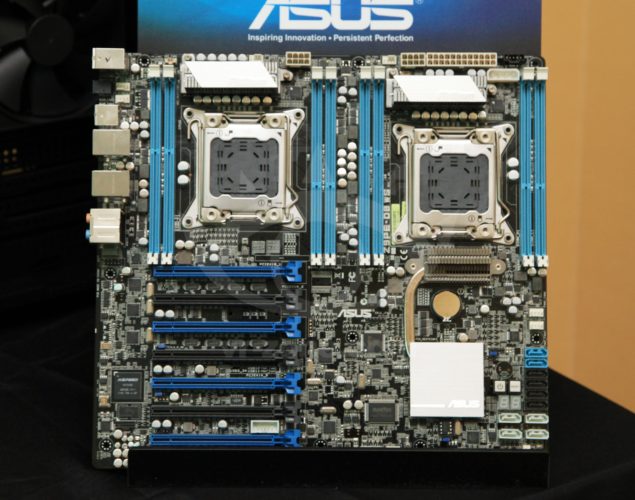 ASUS has unveiled its Dual LGA2011 Socket based Workstation Motherboard - Z9PE-D8WS at CES 2012 event which supports Intel's latest Xeon E5 "Sandy Bridge-EP" Processors. The motherboard is the latest entry in top of the line dual socket motherboards, ASUS also has a LGA2011+LGA1366 Socket Motherboard codenamed Danshui Bay which was unveiled back at Computex 2011 and the EVGA SR-X LGA2011 which is also expected to launch soon.

A total of 7 PCI-e x16 Expansion slots feature 8 lanes each which makes sense since each CPU comes with 40 PCI-e lanes. PHYs and Realtek audio is included, there is an ASPEED AST2300 2D VGA controller. The I/O features simple ports along with only two USB 3.0 connectors. A total of 10 SATA ports allow for storage options.

A working model of the board was also shown at the exhibition at ASUS's booth. The board was running Quad Way Nvidia GPU's (More could be included if single slot design), Kingston HyperX Rams and two Sandy Bridge-EP Processors. 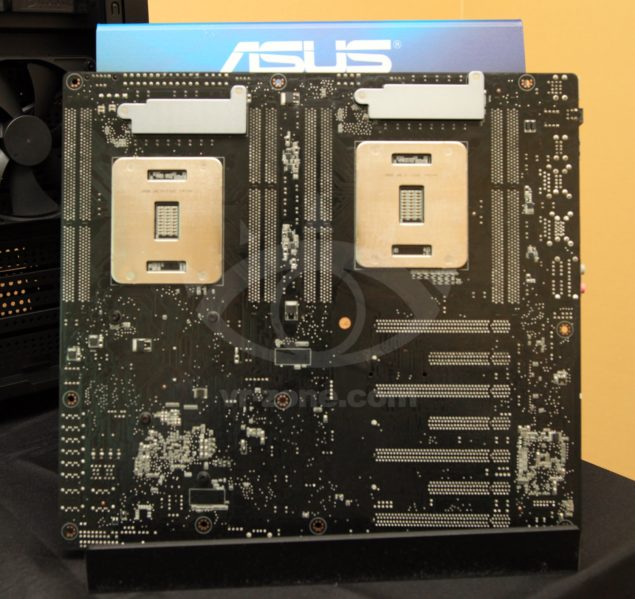 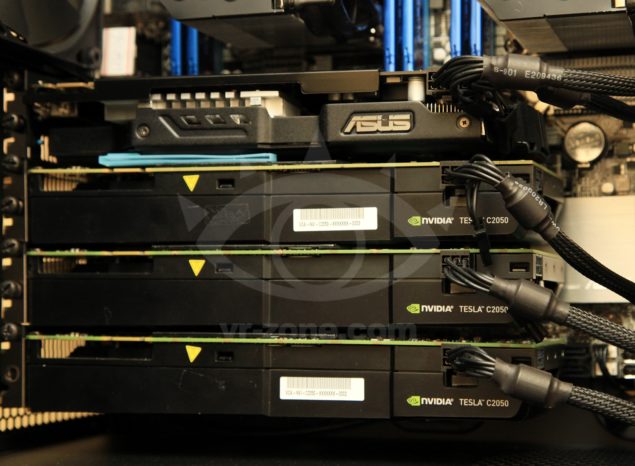