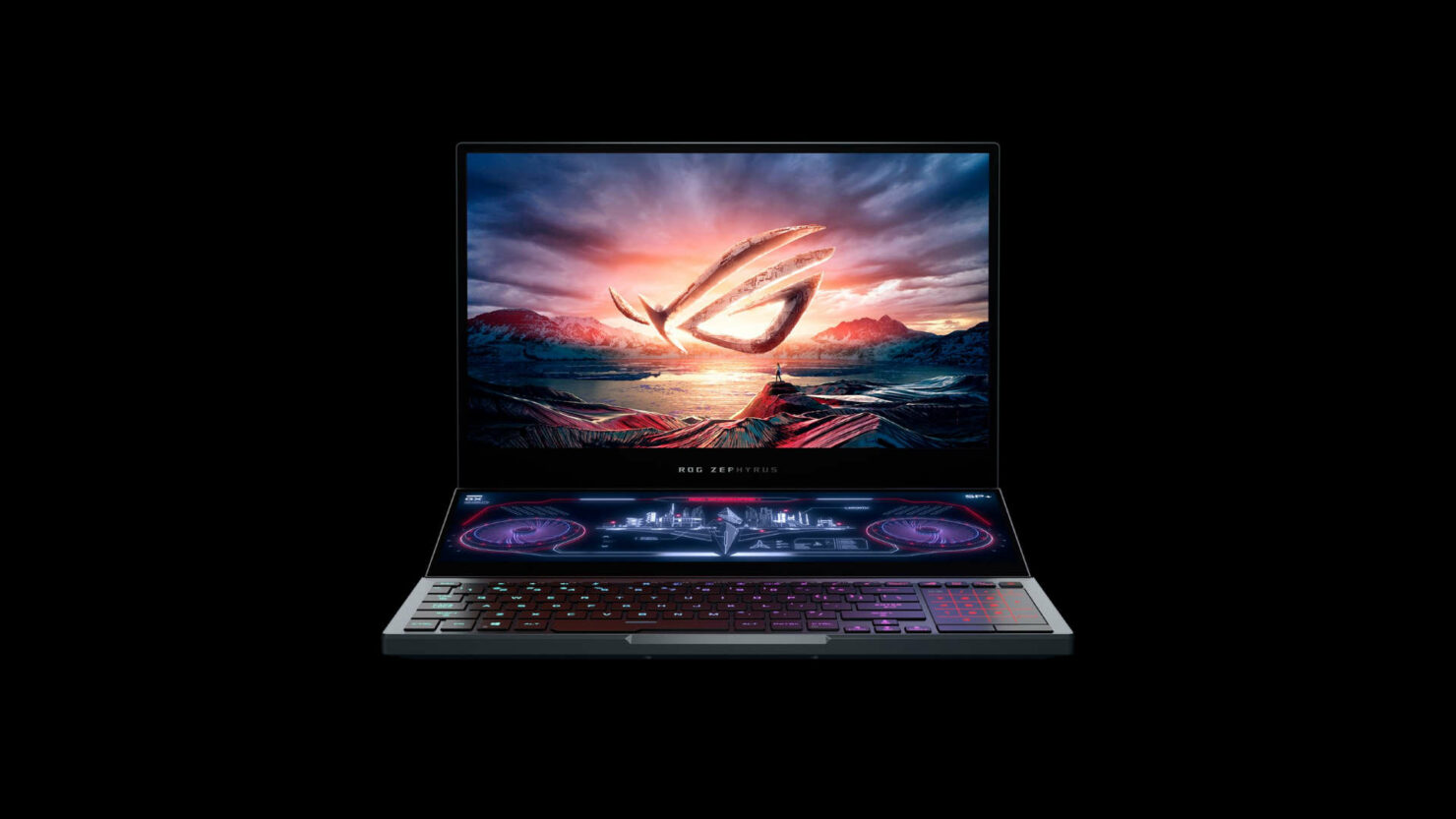 ASUS's upcoming gaming notebooks have been spotted online featuring AMD's next-gen Cezanne-H Ryzen 5000 CPUs, Intel's next-gen Tiger Lake-H 11th Gen CPUs and NVIDIA's RTX 30 mobility line of GPUs. These laptops include TUF Gaming & ROG Zephyrus variants and will be coming to the PC in the first half of 2021.

The two laptops will be introduced sometime in the first half of 2021 as high-end gaming options. What's interesting about the laptops is that both are based on high-end CPUs from the respective chip makers. The ASUS TUF Gaming model is based on the AMD Cezanne-H platform while the ROG Zephyrus model is based on Intel's Tiger Lake-H platform.

First up, we will be talking about the ASUS TUF Gaming A17. The laptop is powered by AMD's Ryzen 7 5800H CPU which is an 8 core and 16 thread chip with a base clock of 3.00 GHz and a boost clock of 4.30 GHz. The CPU features 16 MB of L3 cache and 4 MB of L2 cache. The TDP for the chip is 35-45W. While there's an onboard Vega 8 CU graphics chip, the laptop will primarily be using the RTX 3060 discrete GPU to power the visuals. With that said, Zen 3 will deliver a huge leap in single-core performance and also efficiency figures on the laptop segment.

As for the specifications of the ASUS FA706QM-HX011T (TUF Gaming A17), we are looking at a 17.3" display which features a matte IPS panel sporting a full HD resolution. The screen comes with a 144 Hz refresh rate. The screen has a maximum brightness of 250nits. The laptop weighs in at 2.60 kg & will be shipping with a 90 WHr 4-cell Lithium-Ion battery which is standard for a product of this size. Other specifications include 8 GB DDR4-3200 memory which should be upgradable to 32 GB. There is a single 512 GB SSD operating on the PCIe 3.0 protocol and you can also get up to 1 TB capacity.

As for discrete graphics support, the GeForce GN 20-E3 has been listed which Videocardz reports is the internal codename for NVIDIA's GeForce RTX 3060 graphics card. The RTX 3060 is an upcoming mobility GPU that will be part of the NVIDIA RTX 30 Mobility lineup featuring the RTX 3080, 3070 & 3060. This also explains the 6 GB GDDR6 VRAM listed as graphics memory on specs.

Some listed features of the laptop include:

Aside from the primary specifications, you also get NVIDIA Optimus support on the ASUS A17 TUF Gaming laptop. Some I/O include Wi-Fi 802.11ac, Bluetooth 5.1, a couple of USB 3.2 ports, and a 3.5 mm audio jack. Expect this laptop to cost somewhere between $1500-$2000 US based on the last-gen TUF Gaming lineup featuring the Ryzen 7 4800H and RTX 2060 configurations.

The second ASUS notebook to leak out is the ROG Zephyrus Duo 15 SE (GX551Q). As per the tech outlet, My Laptop Guide, the model recently passed through certification and this variant is based on Intel's next-generation Tiger Lake-H platform. While no specific SKU was mentioned, we know that ASUS usually makes use of top-end Intel chips for its top of the line gaming products & ROG Zephyrus 2021 should go with the Tiger Lake-H based Core i7 and Core i9 processors along with high-end GeForce RTX 30 series GPUs. 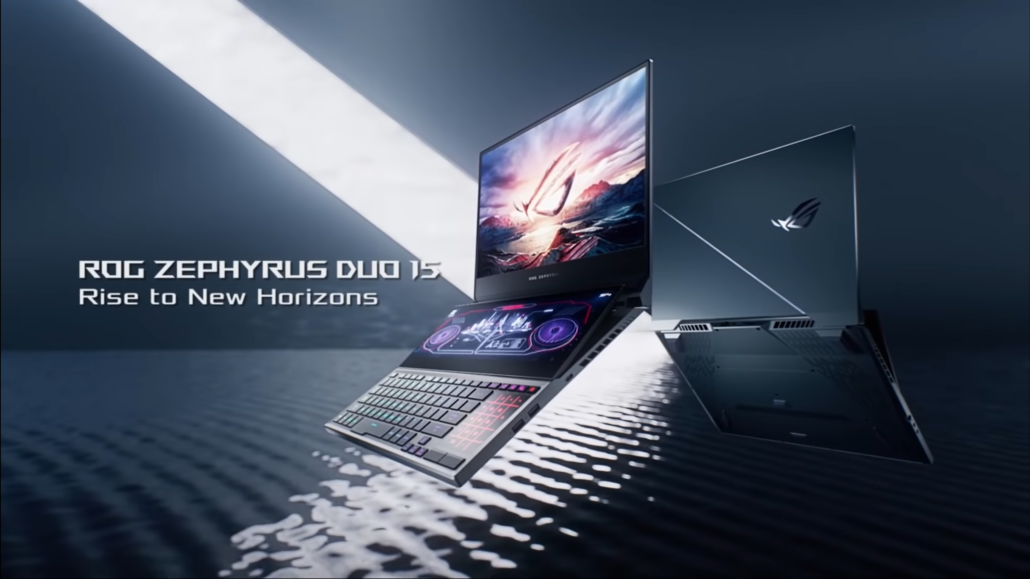 Some interesting specifications include up to 48 GB of RAM. The source specifically mentions this as RAM which mostly means system memory but they could also be combining both system DDR4 and graphics GDDR6 memory since the RTX 3080 mobility is expected to pack 16 GB GDDR6 VRAM and the rest of the 32 GB would be featured as DDR4 inside the laptop.

Harukaze5719 also gave us an early look at the ROG Zephyrus (GX551Q) model and two additional ROG STRIX variants which include the ROG STRIX G713QY(C) and the ROG STRIX G533Q. The images come from the Korean Agency for Technology and Standards and still look early at this point.

The ASUS ROG Zephyrus Duo is a top-of-the-line notebook and as such, expected to be priced well above $2000 US and closer to $3000 US. The laptop will be available in various configurations with different display resolutions, refresh rates, CPUs, storage capacities, and graphics support.

In addition to these models, ASUS is also preparing next-gen TUF Gaming laptops featuring Intel's 11th Gen Tiger Lake-H CPUs and NVIDIA GeForce RTX 30 series discrete graphics. We looked at one particular notebook last week and you can read more on that over here.

AMD is making grounds in the mobility segment with its strong Zen-based Ryzen U and Ryzen H notebook/laptop CPU portfolio and Intel will be facing some heated competition next year in the laptop segment.