Intel's Core i7-11800H Tiger Lake-H Mobility CPU has been benchmarked within Geekbench and shows a huge improvement over Comet Lake-H chips. The CPU is part of the 11th Gen Tiger Lake mobility family which is expected to hit the retail segment in various notebook configurations by the first half of 2021.

The Intel Core i7-11800H will be the fastest Tiger Lake Core i7 CPU in the stack. It will definitely not be the fastest 8 core processor since the Core i9-11900H and the Core i9-11980HK exist too but it is going to tackle the AMD Ryzen 7 lineup based on the Zen 3 core architecture while succeeding Intel 10th Gen Comet Lake-H CPUs.

Coming to the specifications, the Intel Core i7-11800H will boast 8 cores and 16 threads. The CPU will carry 24 MB of Cache and will feature clock speeds rated at 2.3 GHz base and 4.6 GHz boost. It will also come with an Intel Xe integrated graphics chip comprised of 32 EUs or 256 cores & clocked at 1450 MH  but notebooks featuring the Tiger Lake-H CPUs will be primarily powered by a discrete tier graphics chip from NVIDIA (GeForce RTX 30 GPU). The CPU has a TDP of 45W but will be configurable by OEM partners that will be supplying laptops with the processor. 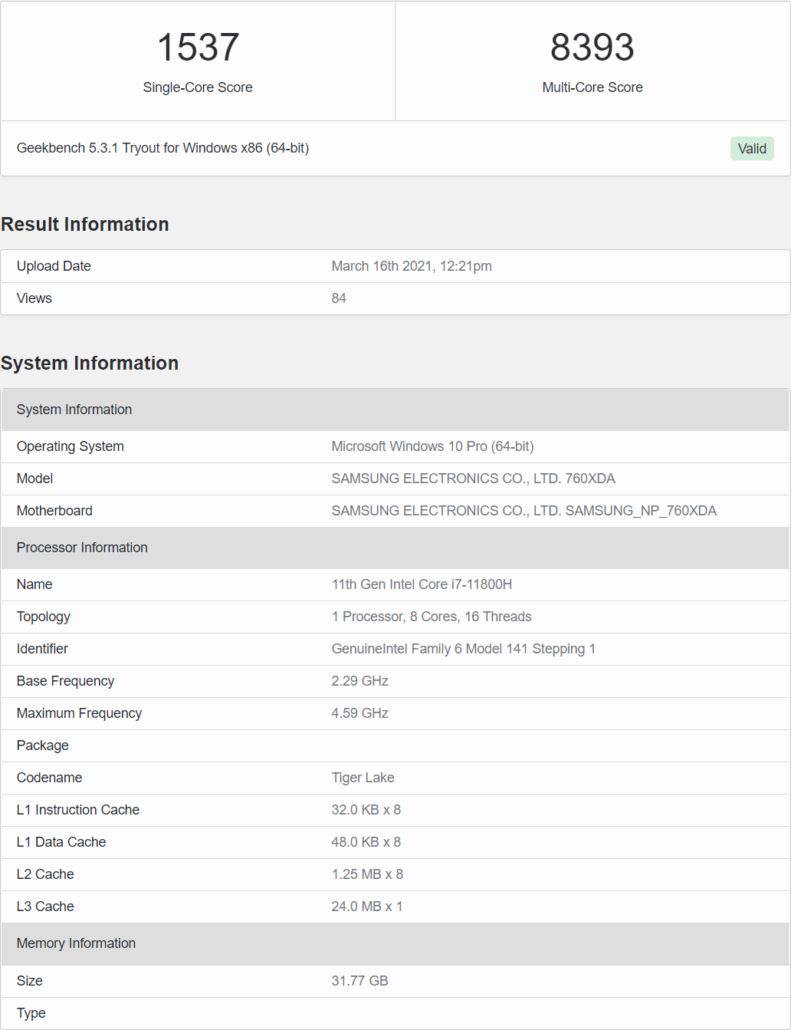 Compared to the AMD Ryzen 9 series processors, the Core i7-11800H does lose out but not by a big margin. As said before, the Ryzen 9 CPUs will compete with the Intel Core i9 Tiger Lake-H chips and those are yet to be tested. Considering the higher base and boost clocks the Core i9 CPUs offer, the Ryzen 9 5000H lineup will have a hard time staying at the top of things. At the same time, AMD will definitely lead in the efficiency charts and retain better pricing compared to Intel-based laptops. So in the end, AMD still has an upper hand over the Core i9 CPUs.