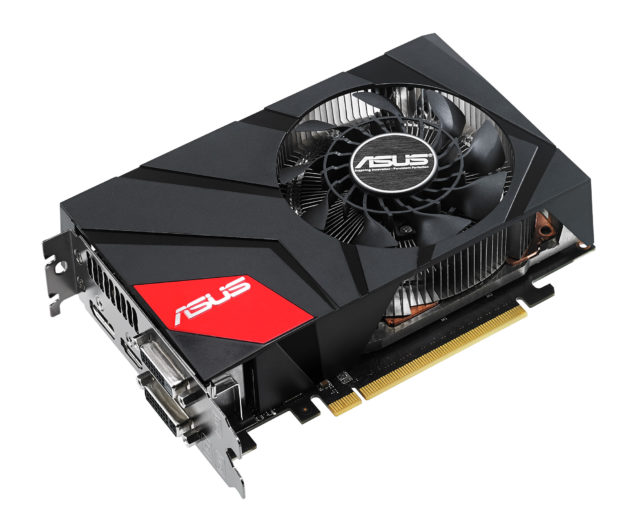 The ASUS GTX 670 DirectCU Mini uses the same GK104 core configuration used on the GeForce GTX 670 GPU with 1344 Cuda cores and a 2GB GDDR5 memory running across a 256-bit interface. Clocks are maintained at 933 MHz Core and 1006 MHz boost while the memory operates at an effective rate of 6008 MHz (6 GHz). The PCB is equipped with an DIGI+ VRM from ASUS which involves Super Alloy Power design to increase overall stability and overclocking on the GTX 670 GPU.

While the reference GTX 670 GPU uses a 6 + 6 Pin configuration  the GTX 670 DirectCU Mini is equipped with a single 8-Pin connector to supply power to the electrical components. Best thing about the card is that even though its a compact design, it still features 4-Way SLI compatibility which is quite useful for a card of this size. Display outputs include Dual-DVI, HDMI and a display port.

The cooling design for DirectCU Mini heatsink is quite impressive since it features ASUS's new Cool tech fan technology which would be detailed later in a video as mentioned by ASUS:

Click below for full size pics of the new mini sized card, designed with its ASUS exclusive CoolTech fan. We’ve got a video to show how it works coming soon.

However, the pictures reveal enough for usto come up with an analysis of the DirectCU mini heatsink. A large round aluminum fin array encircles the fan beneath which lies the copper contact surface which ASUS dubs to as "DirectCU". The heat is directly cooled off by the Cool Tech fan technology then ventilated out of the exhaust vent near the display port. Design wise, the GTX 670 DirectCU Mini sticks to ASUS ROG branding scheme and is compact enough to fit in most HTPC cases. The GPU is a perfect choice for users who don't want to sacrifice beloved space on larger sized rigs and rather switch to HTPC or Mini PCs.

Price and launch date have not been revealed but it should be noted that a premium card such as the GTX 670 DirectCU Mini would come at a premium price. 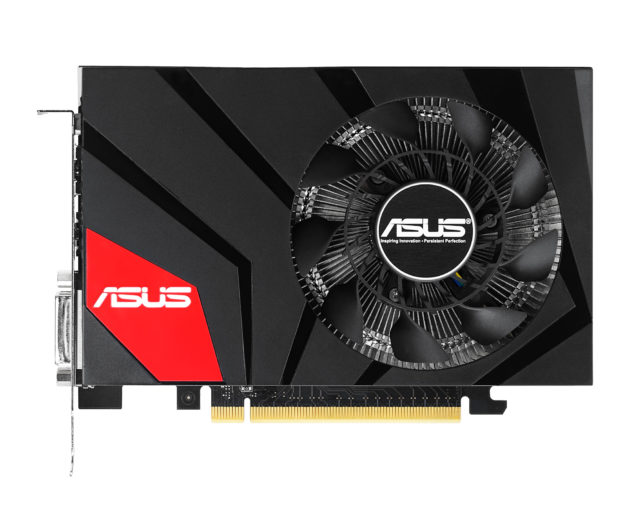