ASUS has displayed several motherboards based on the Z77 chipset at CeBIT 2012 which includes the ASUS Sabertooth Z77, P8H77-M Pro M-ATX, P8Z77-I Mini-ITX. The motherboards are expected to launch in early April. 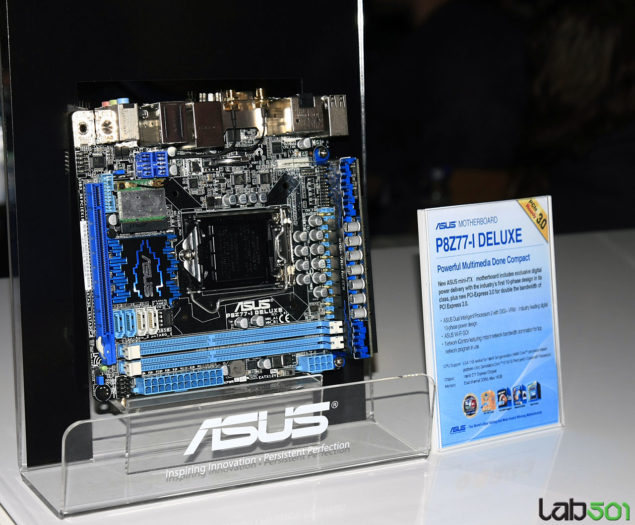 The ASUS P8Z77-I Deluxe is a Mini-ITX form factor board featuring the industry's first Digital Power Delivery system which provides a 10 Phase DIGI+ CPU VRM to power up the socket. The VCore Card is spotted at the top of the card fitted in a vertical direction. A total of 2 DDR3 DIMM slots allow for 16GB Dual Channel memory support. Two SATA 6Gbps and Two SATA 3Gbps Ports allow for storage. Expansion slots include a Single Full length PCI-e x16 3.0 slot, An m-PCIe slot is also included however it house the Wi-Fi and Bluetooth card - A Header provides additional USB 3.0/2.0 slots. I/O includes  four USB 2.0 ports, two eSATA ports, Gigabit Ethernet, 5.1-channel audio with optical S/PDIF out and a DisplayPort, HDMi and DVI connector. 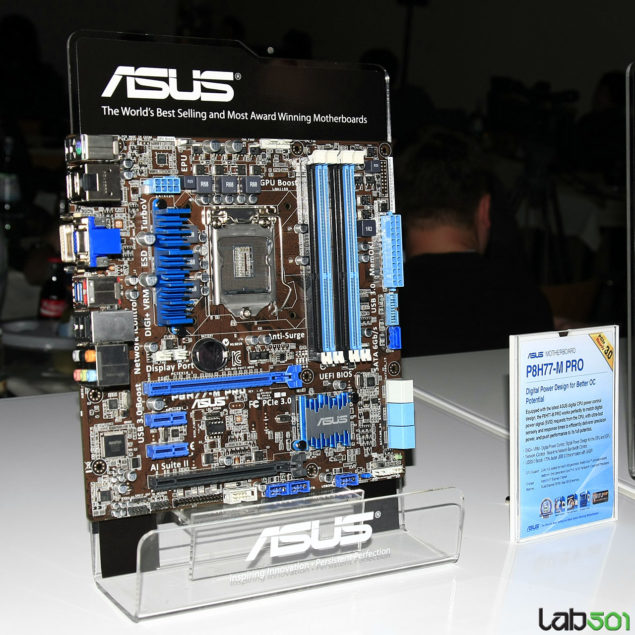 The motherboards pricing is not yet revealed, An ASUS P8Z77-V Deluxe which would be an High End Z77 chipset based motherboard got leaked a few days ago, Its expected to cost $399.

You can check out ASUS ROG based motherboard's below: 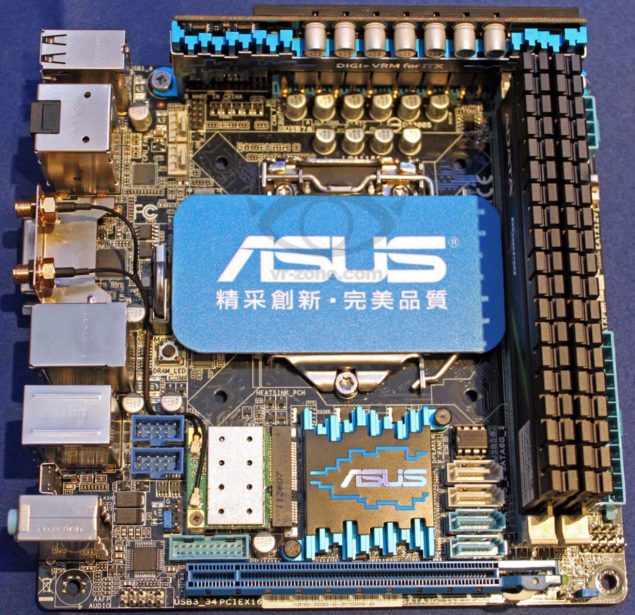