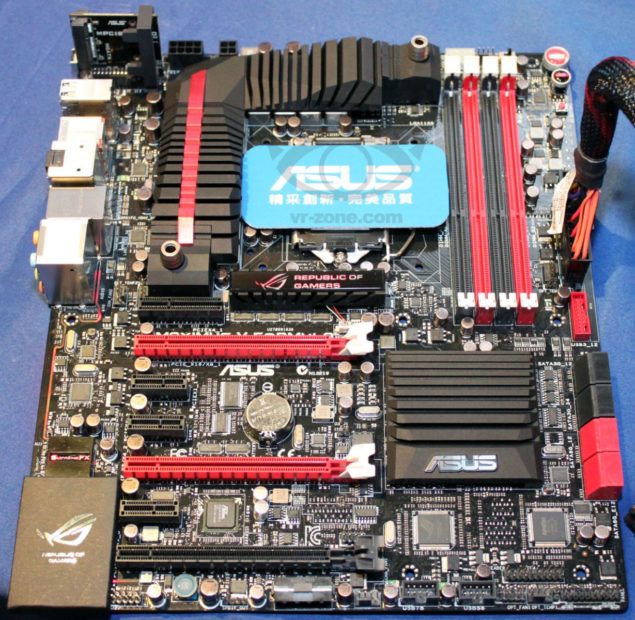 ASUS has showcased its upcoming Z77 chipset based ROG Maximus V Formula motherboard at the ASUS Z77 Press Conference in Taipei - The board brings back built in water cooling support along with several other features  detailed below: 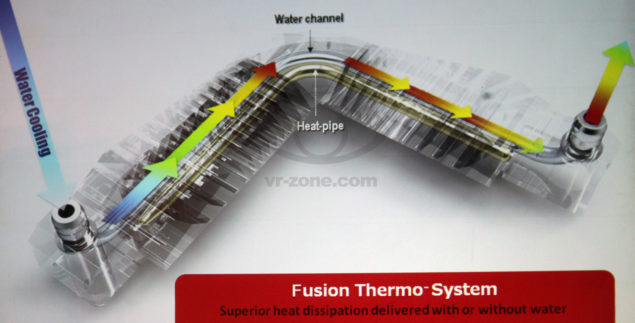 The motherboard is part of ASUS's Republic of Gamer Series aimed towards enthusiasts and overclockers. The Maximus V Formula features a large heatsink over at the VRM/MOSFET's which includes a hollow heatpipe through which water would be channeled through two cooling pipes. Cooled water would pass through one end of the heatpipe and cool the surroundings. ASUS call's the design Fusion Thermo System, Watercooling for the Z77 chipset isn't required since it doesn't gets too hot.

Expansion slots include 2 PCI-e x16 3.0 (x8/x8 electrical) along with a PCI-e x16 slot, 1 x PCI-e x4 and three PCI-e x1 slots are included, Support for SLI/CrossfireX is added. A PLX bridge chip was spotted which suggests there isn't enough bandwidth for the PCIe devices which has to be split from the Z77 chipset.

Pricing and Release Date is yet to be announced.