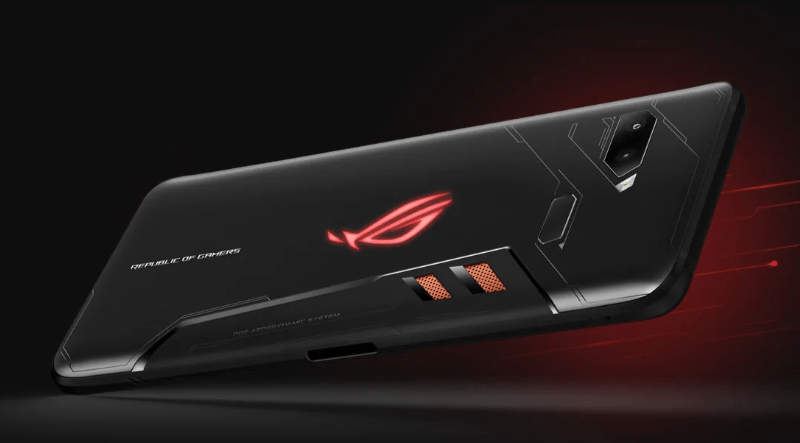 Asus ROG Phone III should be the phone to beat when it comes to top tier performance in games and outlandish design. Asus should be launching the phone in July, later this year. They have even talked about it in their official press release, so we know it is real. Today, more evidence pertaining to the existence of the device has emerged as the phone has now been certified with the Eurasian Economic Commission (EEC).

The Asus ROG Phone III Visits EEC, Will Have the Model Number ZS661KS

Now when it comes to these certifications, they do reveal some pretty spot-on information about the device. Whether you are talking about FCC or EEC. The same is the case with this phone. As per the certification, the phone is going to have the model number ZS661KS. The number does corroborate with the model numbers of previous ROG phones, as well. So, it is more than just convincing. You can check out the screenshot of the EEC certification below, courtesy of MySmartPrice. 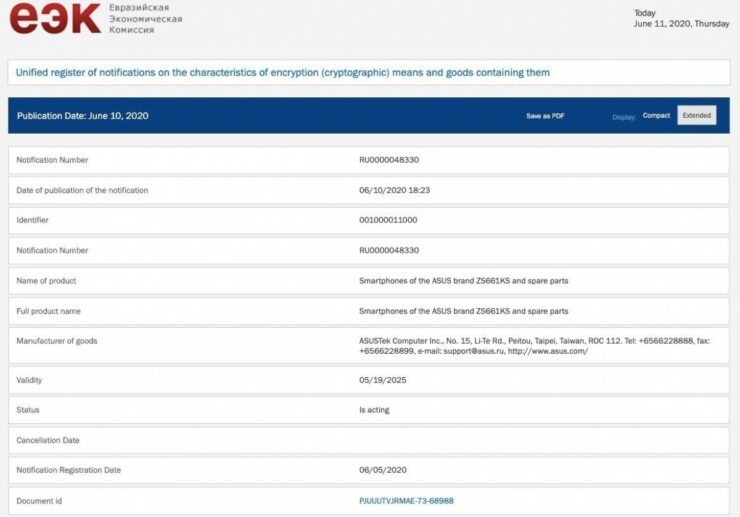 Sadly, aside from the model number, we don't have a lot of information on the device. We are expecting that the device is going to come with the Snapdragon 865, 8 gigs of RAM, and Android 10. But these are hardly a surprise.

However, we could expect even better design, a higher refresh rate like 144Hz, a bigger battery, as well as faster charging speeds, as well. Additionally, the last ROG Phone did report some fingerprint issues, so we hope that Asus does fix that. As far as fingerprint technology is concerned, we are not sure if the phone is going to come with a capacitive fingerprint scanner or an in-screen one.

This is all the information we have as far as the Asus ROG Phone III is concerned. However, looking at the current market trends, it is safe to say that Asus is going to stick to the same hardware that most of the flagship phones are offering at the moment. Although, the design will be significantly different and we will get some gamer-oriented features as well.