The Asus ROG Phone 3 is drawing closer and closer to its official reveal and mobile gamers around the world cannot keep their excitement. We have had some pretty interesting information about the device so far including some live photos that show how the device is going to look like. However, so far, the one thing that has been under the dark is the release date but now it seems we have some concrete information on that.

The Taiwanese tech giant has confirmed on their Weibo account that they are going to be bringing the ROG phone's official announcement in July. Which does fall in line with their previous release windows that have also been in July, so it is no surprise to see that Asus is releasing the phone next month.

Asus is also seemingly partnering up with Tencent Games, so we are hoping to see massive improvements in gaming in general and many games supporting the features that the phone will be bringing, as well. Gizmochina managed to grab a screenshot of what seems like an official poster. Here is how it looks. 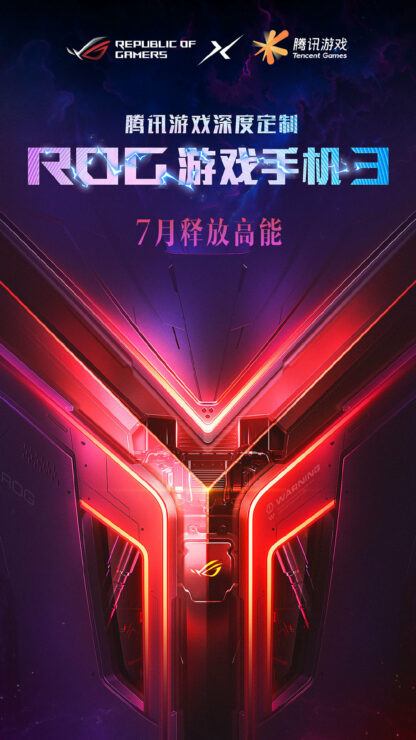 Obviously, this is just a poster that does not reveal a lot of information about the device but we are already aware of what the specifications are going to be like.

As per the speculations, the Asus ROG Phone 3 will be bringing an overclocked Snapdragon 865, 16GB of RAM, a triple camera setup on the back, along with 512GB of internal storage. Sadly, the headphone jack is supposedly missing, at least based on the information that we have gathered so far.

In addition to that, we are only aware that the device will be going official next month. Therefore, we are looking to see what else Asus brings to the table with their third gaming phone in the series.