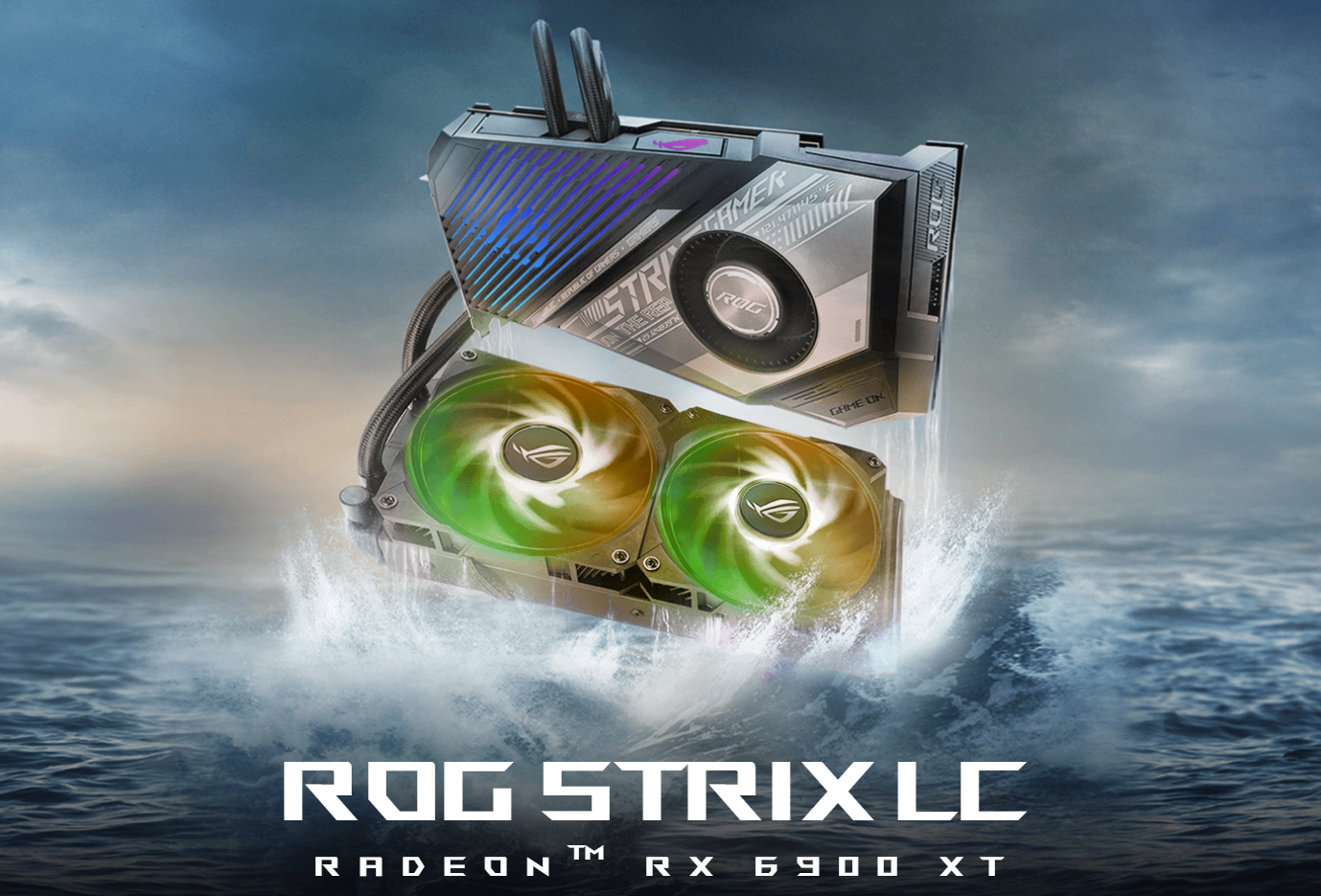 More AMD Radeon RX 6900 XT graphics card custom models have been pictured which are coming from ASUS, PowerColor, and Gigabyte. The variants are in addition to the ASUS and ASRock models which we had seen earlier.

Two of the three models have been officially unveiled by the respective manufacturers while the Gigabyte variant is the only one that has leaked out over at Videocardz. Out of all models, only the PowerColor Red Devil OC is the one listed with its final boost clock of 2340 MHz which is a 90 MHz boost over its standard specifications. The Radeon RX 6900 XT reference model already come with a much higher max clock limit so we can expect the custom variants to max out at 3 GHz or higher.

The ASUS ROG STRIX LC Radeon RX 6900 XT is a full-on liquid-cooled design that makes use of the ROG STRIX Radeon RX 6900 XT PCB but couples it with the power of liquid cooling. The liquid cooler features a 240mm radiator that has braided tubing leading to a custom pump model that has been designed specifically for the Navi 21 "RDNA 2" GPU. The shroud on the card itself is gorgeous with a stunning display of ASUS's AURA SYNC RGB lighting and a futuristic shroud design. The shroud also comes with a blower-style fan that will blow air through the internal chassis of the graphics card. 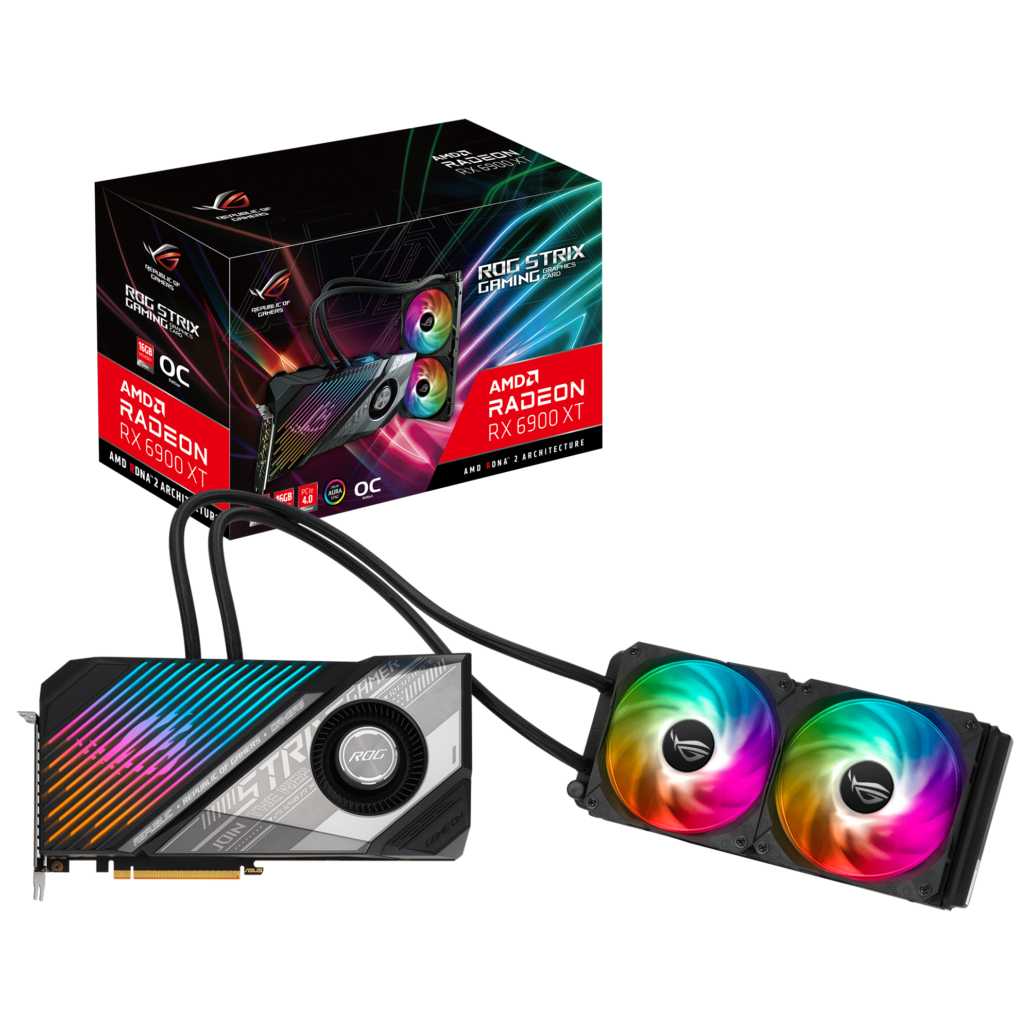 As for the internal chassis, a large cold plate is said to cool both the GPU silicon and GDDR6 VRAM featured on the PCB. The graphics card is definitely going to be a standout design for the Radeon RX 6900 XT graphics card, offering a premium cooling design for a hefty premium. The card will be powered by a triple 8-pin connector configuration and will feature a nice factory overclock. Expect the card to cost over $1200 US when it launches.

The Radeon RX 6900 XT Red Devil Limited Edition graphics card is going to be PowerColor's top of the line offerings and will feature a triple-fan and triple-slot cooling design. Each fan on the card features a total of nine fan blades which direct air towards the internal heatsink assembly. The card itself features a brand new design aesthetic on the shroud which has large LED bars that lead towards the rear end, giving a more devilish look to this card.

Both the front shroud and backplate are made out of aluminum alloy metal to provide a premium aesthetic. Underneath the shroud is a massive aluminum heatsink array with seven thick copper heat pipes (3x8mm & 4x6mm) that run through the heatsink. There are exhaust vents on the backplate that push air out for optimal airflow on the Red Devil cards.

The clock speeds for the card is rated at 2340 MHz boost and would utilize a 14+2 phase VRM with DrMOS, high polymer caps, and receive power through triple 8-pin connectors. Some standout features of the PowerColor Radeon RX 6900 XT Red Devil series include: 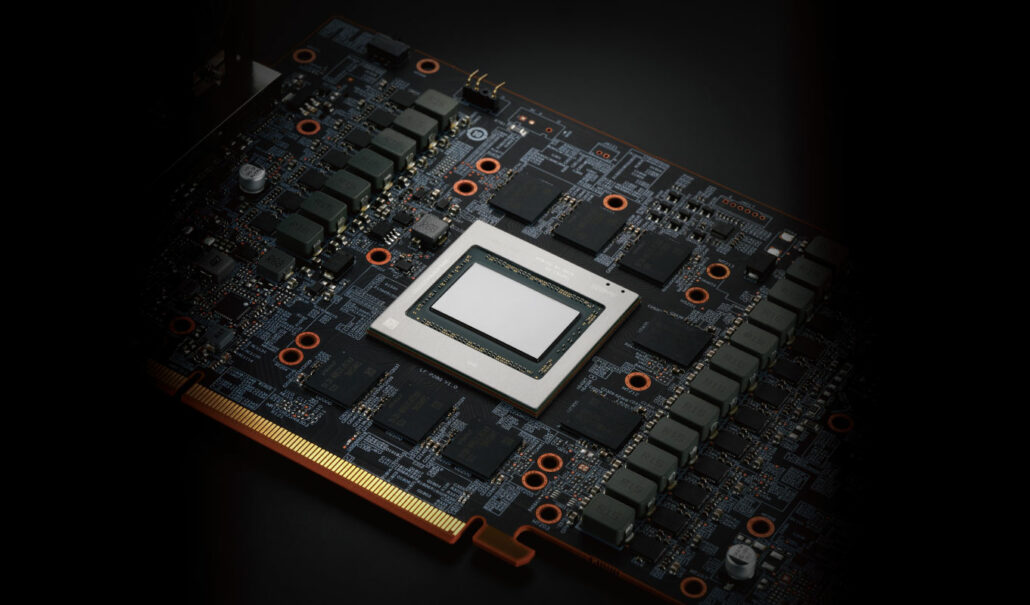 Display outputs on the PowerColor Radeon RX 6800 XT & RX 6800 Red Devil include three DP and 1 HDMI port. The card will be available in both Limited overclock and non-limited edition variants. A premium of $200-$300 US should be expected for both cards.

Videocardz presents the first pictures of the Gigabyte Radeon RX 6900 XT Gaming OC. The Gigabyte Radeon RX 6800 XT Gaming OC comes with its Windforce 3X cooling system and features a 2.5 slot design too. The card features three fans with 11 fan blades each and has a plastic shroud on the front which retains a matte black color theme. The card is powered by a triple 8-pin power config and features a standard 2 HDMI, 2 DP display output configuration.

Those who want extra should wait for Gigabyte's AORUS lineup for the Radeon RX 6900 XT series graphics cards which would rock a more impressive cooling solution with all the flashy RGB LEDs, one can ask for.

The custom Radeon RX 6900 XT graphics cards are expected to come at a hefty premium over $1000 US considering that the reference model has an MSRP of $999 US. We can expect average prices for the custom models around $1200-$1300 US.