ASUS's upcoming Radeon R9 290X DirectCU II OC graphic cards has been leaked Sweclockers ahead of its launch scheduled for January 2014. The ASUS Radeon R9 290X DirectCU II OC ships with a factory overclock and custom PCB design which will leverage its performance over the reference boards and help improve the cooling capability of the graphic card. 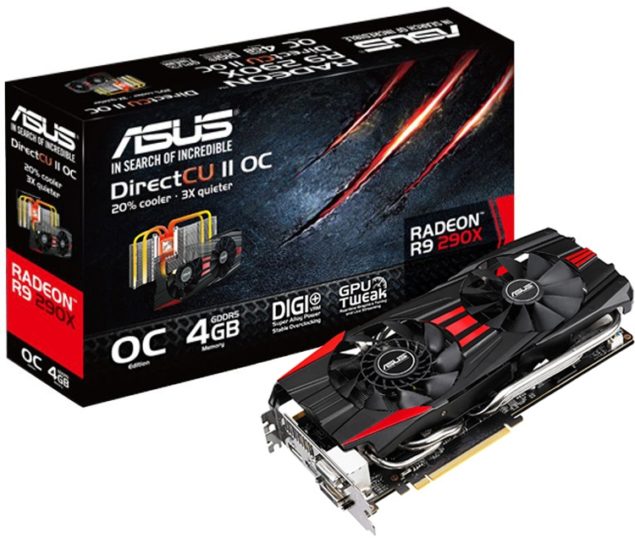 The ASUS Radeon R9 290X DirectCU II is an overclocked edition card hence it ships with a factory overclock out of box. From a technical perspective, we are looking at the default 2816 Stream processors, 176 Texture mapping units, 64 Render Backends and a 4 GB GDDR5 memory operating across a 512-bit interface. The clocks have been configured at 1050 MHz for the core and the memory runs at 1350 MHz (5.4 GHz effective) which is upped from its default state of 1000 MHz core and 1250 MHz (5.0 GHz effective) clock speeds.

The PCB is custom made and features ASUS's Super Alloy Power technology with a robust 8-Phase DIGI+ VRM power delivery which gives the core enough power to overclock and run with maximum stability. The back of the PCB comes with specialized SAP CAPs which increase the overclocking headroom while the custom concrete alloy chokes help reduce the buzzing noise produced on reference variants. Juice is provided through an 8+6 Pin power configuration. The PCB is specifically designed for ASUS ROG enthusiasts hence has voltage read points at the back which are visible through the backplate.

Coming to the cooling solution, ASUS has featured their flagship DirectCU II solution of the card which is a dual slot cooler equipped with cooltech fan technology that helps push an increased volume of air to the internal heatsink chamber with direct contact surface dissipating heat with the help of four 6mm and a single 8mm heatpipe. Display outputs include Dual-Link DVI, HDMI and a display port.

Just like their GeForce GTX 780 Ti DirectCU II, ASUS has shipped the Radeon R9 290X DirectCU II OC with custom made Red and Gold metallic stickers which can be easily attached and removed from the shroud. Its the user who decided which sticker to select from or they can just leave the stickers removed giving it a premium black look which honestly looks better with almost any setup. The card is expected to hit retail in mid-January if our sources are correct at a price range around $629 US. 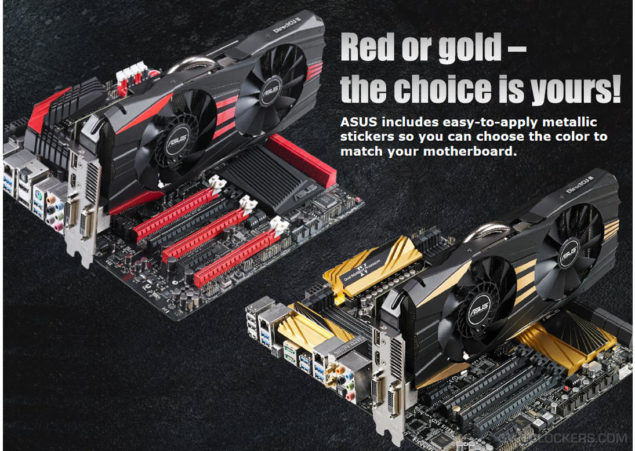 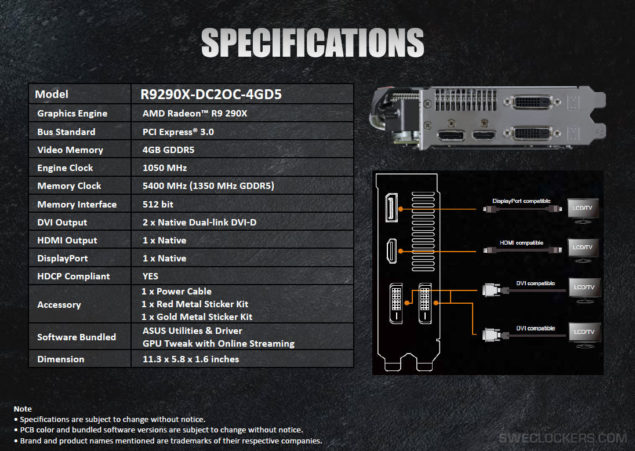 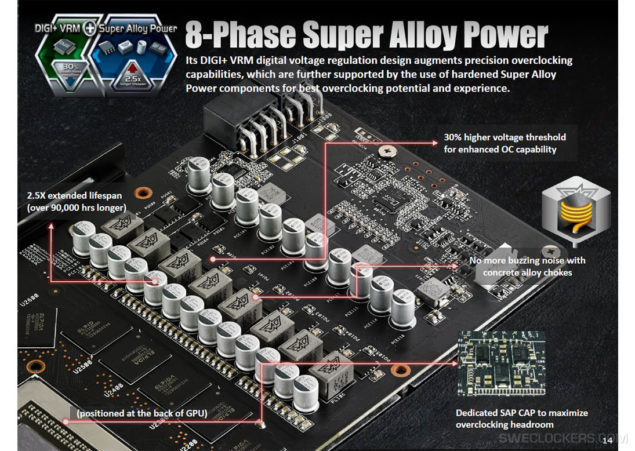