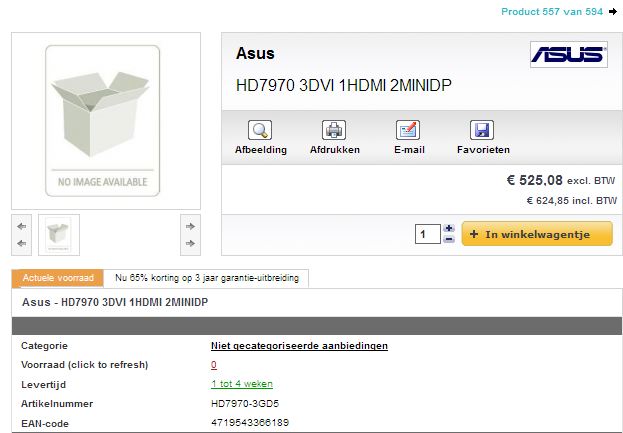 An Dutch e-tailer has listed the AMD Radeon HD7970 for €525 (€625 Including VAT). The model available has been manufactured by ASUS and features the Reference Design as seen below: 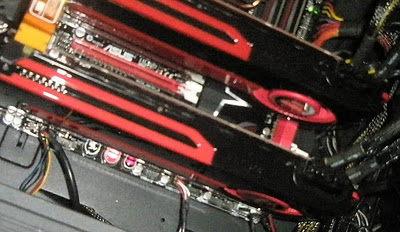 The card would be delivered within a time of 1-4 Weeks, The card is officially expected to launch either on 22nd December 2011 or 9th January 2012 during CES 2012 event. The price certainly seems a bit high at the moment since previous rumors suggest a price ranging from $449-$500 US.

None of the specs have been mentioned except the display ports which include 3 DVI, 1 HDMI and 2 Mini Display Ports. The stock HD7970 comes with 3GB GDDR5 Memory (384-bit interface), 2048 Stream Processors and the 28nm GCN Core Architecture. For enhanced cooling, AMD have developed the new Liquid Chamber Cooling. More Details below: