ASUS has previewed their upcoming ROG GX700 gaming laptop which is a behemoth PC that comes with liquid cooling. The ASUS ROG GX700 laptop was announced at IFA 15 along with the ROG G752 series laptop that are also aimed at the high-performance laptop market with beefy hardware specifications and design schemes that look amazing. 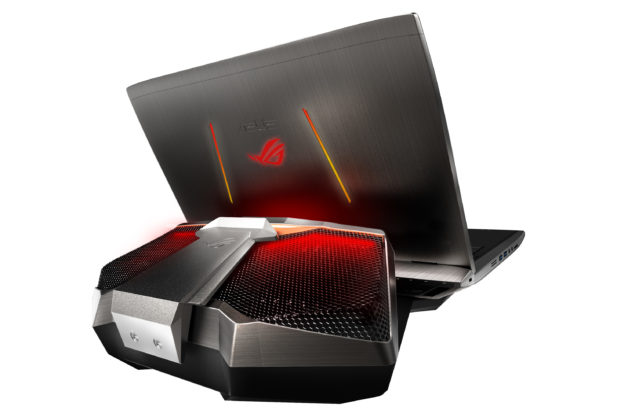 The ASUS ROG GX700 is an insane gaming laptop, the company has currently not spoken in detail regarding the specifications by WindowsCentral was able to grab some details from the event showcase. Featuring a 17.3" 4K display panel, the ASUS ROG GX700 incorporates the latest Intel Skylake-K series mobility processor. The latest Skylake-H series was just launched a couple of hours ago and we detailed all of the new SKUs falling in the Intel lineup in a detailed post. The Skylake-K mobility processors bring the overclocking features of the desktop CPU family over to the mobility family offering unlocked multiplier, full range BCLK adjustments and various configs to allow enthusiast to grab more performance out of the new performance laptops. The specific Skylake-K SKU isn't detailed but it can be similar to the Core i7-6700K in specifications with clock speeds around the 4.00 GHz mark.

The laptop also comes with a high-end GeForce Maxwell graphics card. Now we know that NVIDIA's current top mobility chip is the GeForce GTX 980M and ASUS specifically stated that they are using the latest GeForce GTX graphics chip on the ROG GX700. There's a possibility that we might see a new high-end flagship NVIDIA chip on the ASUS ROG GX700 or just two of the GeForce GTX 980M in SLI action. There were some rumors about a high end GeForce GTX 990M chip coming to the market soon so that could possibly make its way on the ROG GX700 laptop. Since this is a high-end, enthusiast focused laptop, we are looking at no less than 64 GB of memory (DDR4) along with high-performance SSD based storage and a ton of I/O connectivity.

But the most interesting thing about this laptop is its closed-loop liquid cooling solution. I personally speculated that we might see addition of liquid cooled PCs with Skylake-K series processors in the mobility market a couple of weeks ago and that seems to have become a reality. The cooling comes as a separate docking unit that can be docked to the back of the laptop. The whole radiator, cooling fins and tubing is housed inside this separate unit which can be equipped and remove by pushing up/down a latch that comes with the unit. The whole unit is tight and secure to avoid any coolant spills and does really well in terms of cooling. When overclocking a CPU, such cooling is a must but when the laptop is under normal load, the unit can be removed for portability. The cooling unit does need additional power and is quite big compared to traditional coolers so it does take away the essence of laptop gaming. 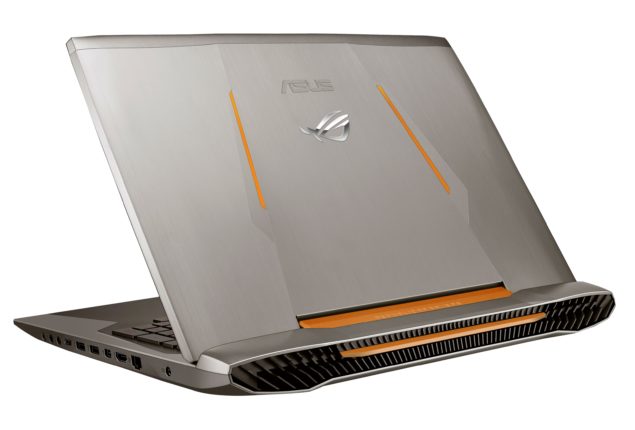