Asus's Upcoming M5A99X Evo motherboard has been pictured. The board will be based on the AMD 990X Chipset with AM3+ Black Socket which will allow support for AMD's upcoming Bulldozer based Zambezi FX Processors. The 990X chipset is used on the board alongside the SB950 Southbridge. The board is powered by a 8 Phase Digi+ VRM phase which is cooled by a large Blue/Silver colored Heatsink alongside a smaller heatsink for the northbridge.

The motherboard allows for dual GPU support for CrossfireX and SLI (Support Maybe added later). It will be the first time you'll be able to pair up two Nvidia cards in SLI on an AMD Chipset as AMD recently licensed SLI support on its new 900 series chipset boards. There are three total PCI-e x 16 slots with two running at electrical 8x 8x modes while the third one is bridged to the SB950 chipset and offer x4 bandwidth, A single PCI and two Pci-e x1 slots are also included.

Four DDR3 Dimm Slots allow for use of DDR3 Memory with speeds of 1866 MHz memory with dual channel support and are linked with the AM3+ Socket.

Connectivity ports include two USB 3.0 controllers made by ASMedia (ASUS subsidiary), two internal USB 3.0 ports and two more ports on the rear side of the board. Rear side also includes Realtek-made 8-channel HD audio, a gigabit Ethernet connection, and VIA-made FireWire controller.

The motherboard boasts various features such as EPU (energy processing unit), and TPU (TurboV processing unit) and would also feature a mouse-driven graphical user interface for its UEFI setup program. The board is most likely to be launched by June 2011. 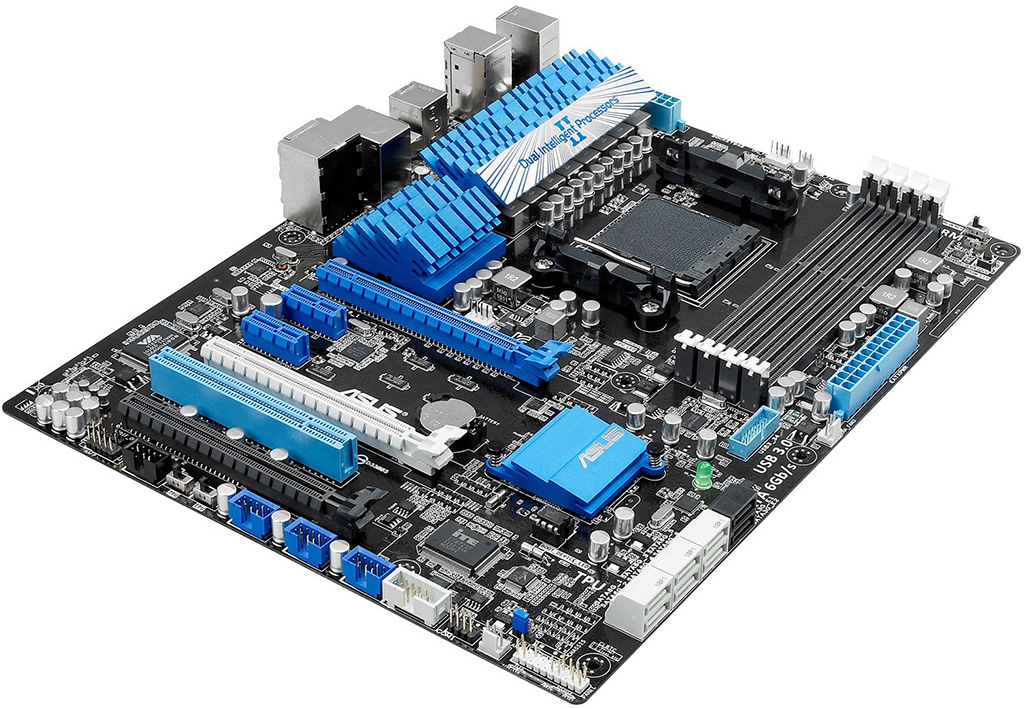