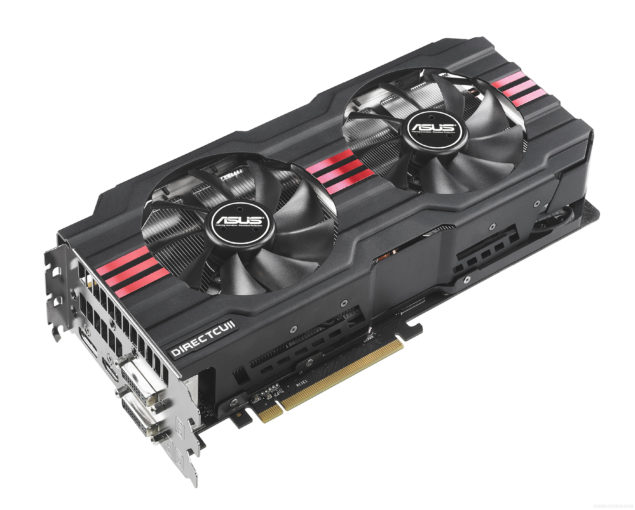 ASUS is planning to equip its Radeon HD 7950 graphics card with the updated revision of DirectCU II heatsink which would offer an improvement in overall temperatures. A few months ago, ASUS also launched the HD 7870 with a revised version of its DirectCU II cooler which can be seen here.

The PCB on the new HD 7950 DCII GPU would also use a custom designed circuit board which would include a heatspreader over the 7950 processor die and an individual aluminum plate which would be placed over the power phases.

An densely packed aluminum fin array would absorb the heat which would be transferred through 6 heatpipes, the regular version came with five heatpipes. Display outputs have also been reconfigured to  dual DVI, HDMI and full-size DisplayPort.

Finally, the ASUS Radeon HD 7950 DCII V2 would come in two variants, Standard version would feature 800 MHz GPU and 5000 MHz graphics clock while the DirectCU II variant would be configured at 900MHz GPU and 5000MHz Memory clock speeds. Each card would feature 3 GB of GDDR5 memory on a 384-bit bus.

Arrival of both variants is expected in August and they would be price more or less the same as previous Direct CU II 7950 models. 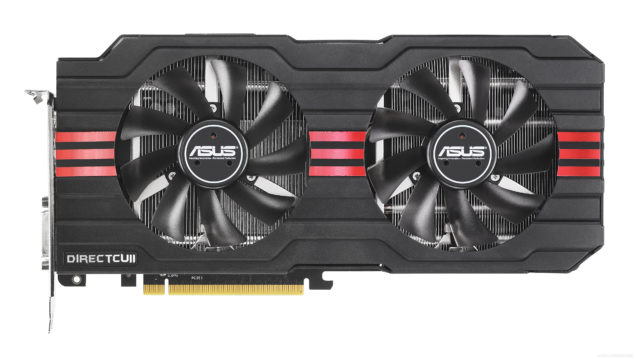